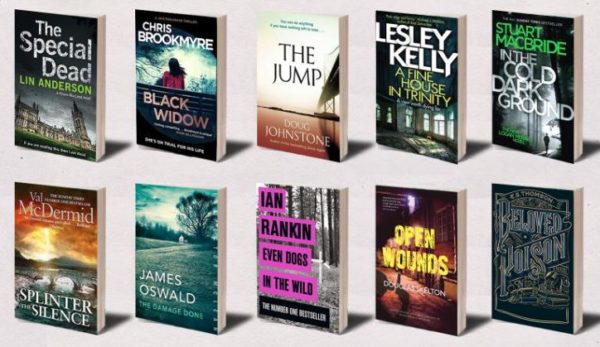 Today it was announced that the longlist for Bloody Scotland’s McIlvanney Prize, previously named the Scottish Crime Book of the Year, comprises the following books:

Read about the Edinburgh setting of The Jump here.

The McIlvanney Prize recognises excellence in Scottish crime writing and it is named in tribute to the great Scottish author William McIlvanney. The longlist has been chosen by an independent panel of readers, and the final judging panel consists of journalist Lee Randall, award-winning librarian Stewart Bain, and former editor of The Scotsman and The Times Scotland Magnus Linklater. Hugh McIlvanney OBE, the brother of William McIlvanney, will present the award.

The winner’s prize includes £1000 and nationwide promotion of their book in Waterstones. For more information visit Bloody Scotland’s website.

The Bloody Scotland festival takes place from 9-11 September 2016. You can browse the festival brochure below.

Do you have a favourite book from this longlist? Let us know via our Twitter and Facebook pages.