Looking for a new read to adventure with this summer? In this article, to coincide with our travel-themed Issue, Scottish publishers pick two of their top books: one from their own publishing house and one from elsewhere. 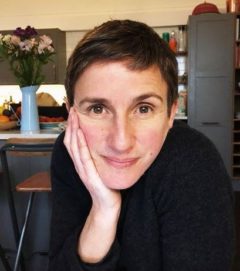 I’d choose The Savoy Kitchen: A Family History of Cajun Food by Sarah Savoy for the one we published. It’s so evocative of family feasts eaten outside, of hunting, cooking and playing music – Sarah is incapable of writing about a dish without celebrating her Cajun culture and it’s a fascinating read. It also introduced me to the pleasures of eating gumbo around an open fire on a summer evening.

A Manual for Cleaning Women by Lucia Berlin (Picador)

Novelist Zoe Venditozzi recommended the collected stories of Lucia Berlin, A Manual for Cleaning Women, to me and now I’m pressing it onto anyone who’ll listen. Her prose is both beautiful and relentless and has the power to stop you in your tracks while you’re reading – it is writing to wallow in. 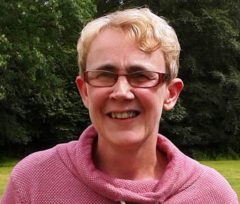 Based on real events and people, ‘Changed Times’ by Ethyl Smith is set over the summer of 1679, during Scotland’s Killing Times, and deals with some of the most important episodes of that year. It is historical fiction written mostly from the perspective of ordinary people, such as John Steele and his wife Marion, farmers caught up by the Covenanting cause. It’s also a good summer read as the great Scottish summer plays an important part in the novel, sweeping the reader from the glorious blue skies of an Ayrshire May morning to the pounding rain and dangerous mists of the Lanarkshire moors.

I am also reading ‘Hegemony or Survival’ by Noam Chomsky which discusses America’s pursuit of global power through an analyses of conflicts in Nicaragua and Iraq, amongst others. In this summer of the Chilcot report, it seemed appropriate, and is a fascinating read. 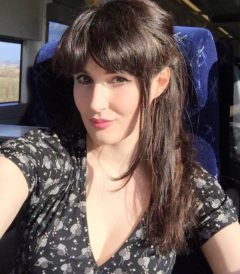 In summertime, the fresh air headspace of a break from the desk and sensual jolt of travelling often provokes me to write. As an extra encouragement, seeing the variety of new writing within the latest issue of Gutter makes for an inspiring summer read, and it’s great for spotting emerging talents too.

I utterly adored A Girl is a Half-Formed Thing, so when my hustling for a proof of The Lesser Bohemians paid off it felt like gold-dust in my hands. Set in 90s London, following a young actress as she moves to the city and explores art, sexuality, and love, this dusky peach book perfectly captures both a sense of nostalgia and the complex emotional arc of tumultuous formative years. McBride’s second novel confirms her place as one of the greatest novelists of our age. 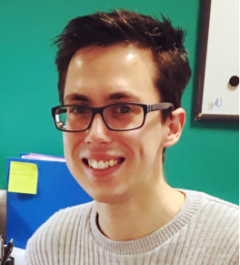 From Acair, I would like to choose Three Dark Days by Kenneth MacDonald. I recently read this book whilst travelling, and loved every minute. The non-fiction book is a real page turner, primarily focussing on Kenneth’s own story to save refugees found drifting along a river while fleeing Singapore. His three days with the refugees had a profound effect on him, and it took him thirty years to finally write about the experience.

From the publisher Eichborn Verlag, I would like to choose a book I’m currently reading, Look Who’s Back. This comedy fiction book focuses on Adolf Hitler, who has suddenly woken up in modern day Berlin. His confusion, and the public’s belief that he’s simply a brilliant performer, makes laugh out loud moments! He soon becomes a viral sensation, and even manages to get his own TV show. I would highly recommend this book, and look forward to reading more of it! 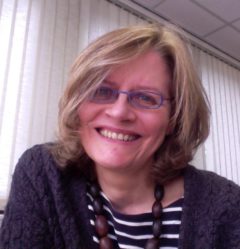 New for me is Elisabeth Luard’s Squirrel Pie – she has reviewed many of our books, is a tremendous writer on food,  and her new book is fun, colourful and decisive – written about food around the world. And she always makes me hungry! 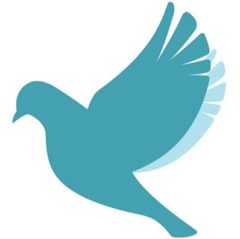 In my suitcase I’ll be packing the next three not-published-yet Danny Scott Scotland Stars F.C. books for my 8 year old. They’ll be a surprise… but he’ll only get them if he’s very, very good (there’s a lot of mileage in these books). Move over Messi there’s a new hero in town and he’s Scottish and his name is Calum Ferguson and, as from 18 August, there will be 6 books to collect about him. He starts off in Calum’s New Team as the new boy in a new town at a new school with the wrong boots (‘Mum,’ all seriousness, threat of tears, on the last page, ‘I really, really hope Calum gets some new boots in the next book . . .’) and it ends with Calum’s Cup Final. Boy works hard, practises hard, overcomes hurdles, boy does good, all 6-8 year old football fans happy. Parents happy child is reading. And, it’s crucial you understand, reading makes you a better footballer!

I’ll also be packing my Mum’s copy of The Goldfinch, it’s sticky with her sun cream, there are grains of sand through the pages and it’s the furthest from a summery, carefree read you can get, but I’m halfway through and nothing else will get read until I’ve finished it! Donna Tartt, genius. 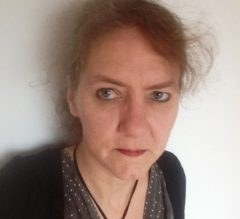 An exquisite slice of historical fiction, The Jewel beautifully conjures up 18th-century Scotland and is a fascinating and convincing portrait of Jean Armour and her marriage to Robert Burns. Jean has been overlooked by Burns scholars, but Catherine rightly brings this indomitable woman centre-stage in the Burns story. A wonderful book.

This crime thriller has been nominated for the McIlvanney Prize for Scottish Crime Book of the Year, and it’s easy to see why. Genuinely compelling characters with so many shades of grey, and a plot that races along, with some heart-stopping moments… it’s unputdownable and a must for fans of the Davie McCall books. A shame it’s the last one, but Douglas will be back with a new series very soon. 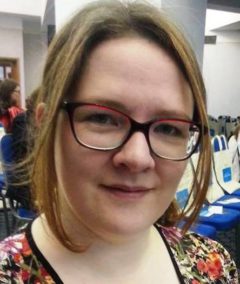 I’m a fan of thrillers and Gothic novels and this is a perfect blend of the two. Characters haunted by their past decisions and trying to make their way in the world is endlessly fascinating, and Tom McCulloch’s elegant prose elevates the story to something beautiful.

At heart a story of love, the supernatural elements and Victorian setting make this an irresistible world. I’ve returned to this novel every year since it was published, and always find myself sinking back into its elegiac grace with joy. 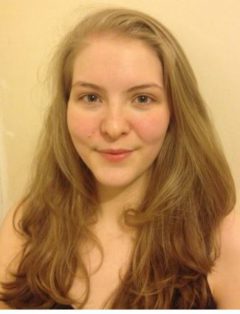 Perhaps a novel focussed upon the decimation of earth’s marine life is a bit heavy for a beach read, right? But, Alec Connon’s The Activist is written with such deft wit and humanity that it’s hard not to become invested in the environmental concerns of its semi-autobiographical protagonist, Tam. Through following his journey towards personal fulfillment as a member of the Sea Shepherd Conservation Society, one of the most controversially effective animal activist groups in history, you’ll likely discover a passion for the life in our oceans, too.

Hyberbole and a Half: Unfortunate Situations, Flawed Coping Mechanisms, Mayhem, and Other Things That Happened – Allie Brosh (Square Peg)

For an engagingly witty summer read that’s a bit different, check out Allie Brosh’s Hyberbole and a Half: Unfortunate Situations, Flawed Coping Mechanisms, Mayhem, and Other Things That Happened, a web comic-slash-memoir-turned-graphic novel. With her deceptively simple art style and her brilliant sense of humour, Brosh brings comedic relatability to everything from fish murder, bears that break into houses, and simple dogs that are terrified of horse statues, to the way in which shrivelled up pieces of corn can give you hope in the depths of depression.

Summer days often make me feel dreamy and unfocussed; for days like that, I need a book I can dip in and out of without making a big commitment, and this lovely volume, with its multitude of stand-alone entries, is perfect. The book focusses on the lives and works of 45 Scottish women artists, many of whom are largely unknown – until now. It is beautifully illustrated with full-page colour images, and is packed with fascinating stories of strong, talented, adventurous women navigating a profession dominated by men. Draw inspiration from Cecil Walton’s beautiful painting Eric Robertson and Mary Newbery and take the book to a grassy spot surrounded by flowers on a lovely, warm day. Ideal.

Until We Are Free: My Fight for Human Rights in Iran – Shirin Ebadi (Rider)

One of the highlights of an Edinburgh summer is the Edinburgh International Book Festival, and this year the event I’m most excited about is Shirin Ebadi’s talk. Ebadi is an absolute force of nature; brave, intelligent, committed to her cause and entirely inspiring. She was the first Iranian, and the first Muslim woman, to win a Nobel Peace Prize for her work as a lawyer promoting human rights, particularly for women and children, in the face of death threats, imprisonment and a corrupt regime. Until We Are Free is her latest title, detailing her continued fight to bring justice and human rights to the country she loves, and an ever-intensifying campaign of persecution against her by the Iranian government.

You can view the travel-themed Issue of Books from Scotland here.