The Life of Juliet Conlin in Eleven Questions

Ahead of publication of her compelling new novel The Uncommon Life of Alfred Warner in Six Days, Books from Scotland talks to Berlin-based author Juliet Conlin about her love of history, voice-hearing, confronting difficult personal truths, her writing process, and much more.

Alfred Warner knows he only has six days to live. A frail 80-year-old man, he has made the journey from England to Berlin to reveal a secret to his granddaughter, Brynja, which has haunted him his entire life. But when Brynja fails to meet him, Alfred’s only hope is to pass on his family secret to a stranger who takes him in. He tells her how he was tragically orphaned and of his terrifying ordeal at the hands of the Nazis — how he was conscripted into the German army and how he was imprisoned in a POW camp. And he reveals how he built a new life in Britain. Alfred’s story is remarkable. But its telling will reveal the secret which will save his granddaughter’s life…

The central protagonist Alfred hears voices. How did the character of Alfred, and his voice-hearing, come to you?

I’ve had an interest in the experience of voice-hearing for a long time. Several years ago, I was juggling three – to me separate – ideas: a short story (in German) about a German prisoner of war who decides to stay in Britain after WW2, a stream-of-consciousness narrative about a young woman suffering from mental illness, and a story based on Nordic mythology. Through some fluid, obscure, unspecifiable creative-mental process, the three somehow came together one day – and Alfred, Brynja and the Voice Women were born!

A few hundred metres from where I live in Berlin, there are three small brass plaques set in among the cobblestones on the pavement. From a distance, they are hardly noticeable, but up close, you can see that each carries an inscription: a name, date of birth, date of arrest and date of murder. These are small, poignant and very personal memorials to Jewish men, women and children who were deported to concentration camps and murdered by the Nazis. They are called “Stolpersteine” – Stumbling Stones. To date, there are over 7,000 such stones in Berlin, and many thousands more across Europe. In The Uncommon Life of Alfred Warner in Six Days, the protagonist spends several years of his childhood during the 1930s at the Jewish orphanage in Berlin.

My decision to locate these years of Alfred’s life here was influenced by my own background. I was born to a German mother and a Welsh/Irish father. My maternal grandfather was, by all accounts (although no-one really likes to talk about it), a Nazi sympathiser. He was killed in action in 1945. Like every other German, I have been confronted with this aspect of my collective, genetic history, and I have found it by turns frustrating, enraging, difficult and occasionally shameful. So much has been written on this aspect of history, in fiction and non-fiction, so many angles have been examined, so many stories told. But one of the conclusions I have drawn from tackling my own German-ness is that this period must never be forgotten, and that for every story told, there is at least one story as yet untold. 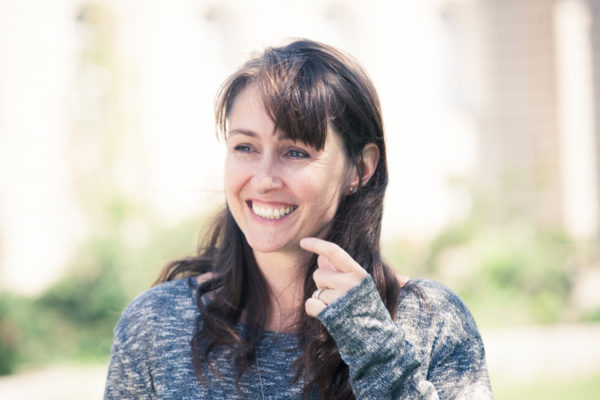 You live in Berlin which centrally features in the narrative as Alfred and Julia’s meeting place, and you also set the book’s action elsewhere including Scotland. How important is creating a sense of place to you as an author, and how did you research the different places for the novel’s settings?

Creating a sense of place is just as important as creating authentic, fully-developed characters. The Berlin setting was straightforward, as I live here. When I was choosing a location for Alfred’s time at a PoW camp, I decided to research PoW camps in Scotland (not least as an excuse for another visit!), and was surprised to discover that of the 600 camps in the UK during and after WW2, at least 25 of them had been in Scotland. I finally whittled my choice down to Kingencleugh Camp near the village of Mauchline in Ayrshire, as the location slotted nicely into my story. Kingencleugh Camp, Camp 112, had housed 500 German soldiers, who were put to work on the surrounding farms before most of them were repatriated to Germany after the war.

I then visited Mauchline to do some research and get a feel for the place, and was delighted by the openness and friendliness of the local residents, and their willingness to stop and have a chat over the garden fence. A few of the more elderly residents could even remember the camp (which is now completely gone, only a rusty Nissen hut remains on a farmer’s field). One old man, listening with interest to my description of the novel I planned to write, gave me a questioning look and said:

“Are ye talking about Joe?”

“Johann,” he replied. “He was a prisoner of war in Kingencleugh, but he fell in love with a local lass and decided to stay.”

“And does he still live here?” I said (my heart beating wildly at having perhaps discovered a true-life Alfred).

So, sadly, I didn’t have the opportunity to interview Johann, but was delighted at the discovery that life and art are so closely intertwined!

The Uncommon Life of Alfred Warner in Six Days is ambitious in scope in that it tells a whole life – and an extraordinary one at that – within its pages. Did you encounter any challenges when deciding how much of Alfred’s life to narrate and how much detail to give to the reader?

This was a huge challenge! In fact, the first draft of the novel was close to 600 pages and needed several re-writes to whittle it down to the 448 pages it has now. I had to decide on which aspects of Alfred’s life to focus in detail on and which to skim over. So, for example, his final twenty or so years are told in only a couple of paragraphs, but this reflects my own experience: the older you get, the more rapidly life goes by (at a frightening speed!).

Does having studied Psychology to doctoral level influence your writing? If so, how?

Much like writing a novel, the research and writing involved in a PhD are immense. Completing my doctorate gave me a huge sense of confidence and achievement, which I still draw on today when I feel myself falter. Also, the study of Psychology has provided me with a treasure trove of inspiration – I was very lucky to have access to the Centre for the History of Psychology at Staffordshire University when I was doing my MSc – I’m full of ideas! Now I just need the time… 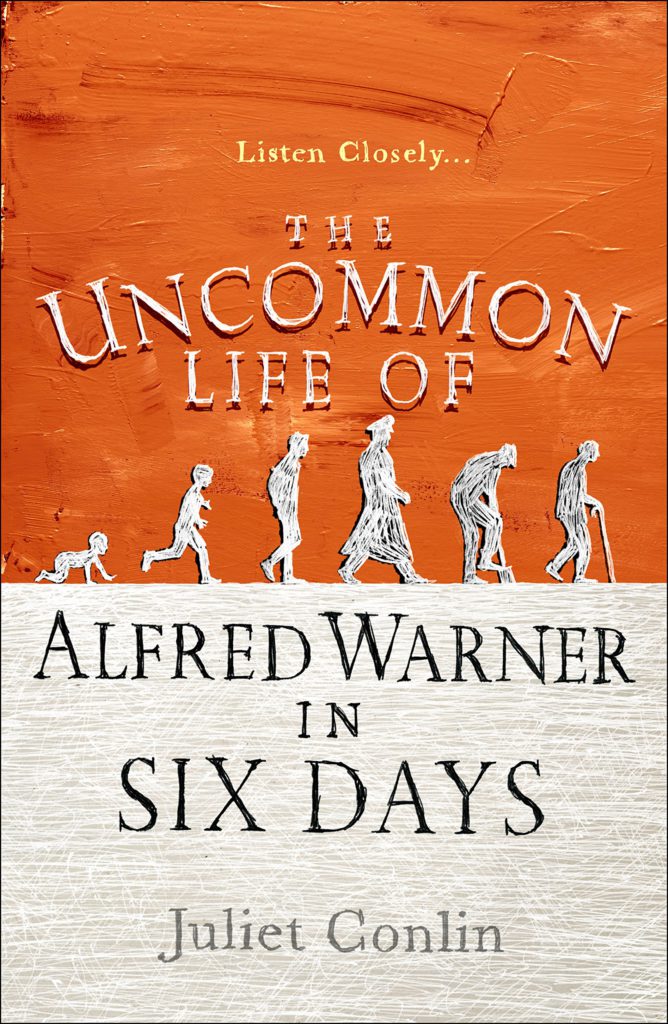 Tell us a bit about your writing process. Do you have a favourite place to write? And do you follow a particular routine?

I approach writing very much like any other job, that is, I go and sit at my desk every morning at around 8 am. Mornings are my most fruitful time for creative writing, so I write as much as I can for a few hours, and save other stuff (e-mails, paperwork etc.) for the afternoons. I write a lot in longhand and need peace and quiet to write. Over the years, I’ve discovered that self-discipline and good time management are just as essential as an inspirational idea.

What advice would you give to aspiring novelists?

The obvious advice: read as much and as widely as you can. Write a lot. But also: get out of your comfort zone – if you normally listen to classical music, try hip-hop; if you are a night-owl, get up very early on occasion and take a ride on public transport at 6 am; if you like watching TV series, go and visit an experimental art installation; if you like hot climates, spend a long weekend in Iceland. It is amazing how your creative brain will respond to different, uncomfortable experiences!

When you’re not writing, what would we find you doing?

I also work as a freelance translator, which slots in well with my creative writing. Working with two languages keeps my brain plastic. I go for a short run every day to keep my joints from rusting. I also have four children who inspire and delight me, and who – importantly – have learned to respect the “Do Not Disturb” sign on my study door!

Do you have a favourite Scottish book or Scottish author that you particularly enjoy?

This might be a tough question, because there is so much fresh as well as established Scottish talent out there – A.L. Kennedy, Kirsty Logan, Louise Welsh, Jenni Fagan, Helen Sedgwick, Sara Sheridan, Graeme Macrae Burnet, John Burnside, to name but a few. But there is one Scottish writer who, for me, is nothing short of genius: Ali Smith. Smith elevates storytelling to its highest art form, and her writing leaves me feeling inspired and in awe in equal measure.

And finally, what’s next for you?

I’ve just finished the first draft of my next novel, Exile Shanghai, which is set in a Jewish ghetto in 1940’s China. This is an absolutely fascinating slice of history – Shanghai was a haven for tens of thousands of Jewish refugees fleeing Nazi Germany, who ultimately ended up in a ghetto on the other side of the world – and is at the same time disturbingly topical.

The Uncommon Life of Alfred Warner in Six Days by Juliet Conlin is published by Black & White Publishing on 23rd February priced £8.99. Juliet launches the book at The Edinburgh Bookshop on Thursday 23rd February.