‘We’re a generation that came of age over the Millennium: internet, Harry Potter and all’.

Love it or loathe it, you’ll no doubt have encountered the term ‘Millennial’. In this Q&A editor Hilary Bell talks about what a Millennial really is, and what inspired her to launch crowdfunding for No Filter, a forthcoming collection of essays about Millennials. We’ve also included an extract from No Filter on hopefulness and the Harry Potter Generation.

Introduce yourself to Books from Scotland…

I’ve been working in Edinburgh as a publisher at a small independent press for the past year – I’ve just moved to London to start a new adventure here – but my dream is to return to Scotland one day.

This book is about Millennials. What is a Millennial?

Good question! Lots of different definitions are thrown about, but we’re going with people born between 1982 and 1996. We’re a generation that came of age over the Millennium: internet, Harry Potter, and all. 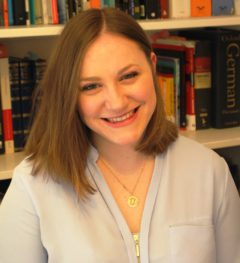 What else is No Filter about?

It’s an essay collection about this generation, and discusses lots of issues that are being ignored by the government right now. There’s essays on bisexuality, on the position of women in Uganda, on depression, Brexit, housing benefits, being non-binary amongst many others. And, of course, there’s an essay on Harry Potter and the effect JK Rowling’s books had on Millennials (you can read an extract from this essay below).

How is this book related to Scotland?

Eight of our authors are living in Scotland and their voices are bringing really important issues to the forefront. The idea was born in Scotland, I developed it while volunteering in Uganda, and now there’s a whole host of international contributors writing for it…

So the book is an essay collection about Millennials. Why is this relevant right now?

Politically, the majority of the UK is controlled by parties who were mainly voted in by the older generations. In government, issues affecting younger people are being ignored. There’s mental health cuts, we’re undergoing a housing crisis… all of these issues are facing Millennials, and this book is a way of doing something about that. We are the first generation who will be financially worse off than the one which came before. It’s a campaign, in a way.

How did the idea for No Filter begin?

At their annual conference, The Society of Young Publishers Scotland were hosting a ‘pitch war’, with the opportunity here to come up with an idea for a book. This idea just grabbed me, and it got a really good response at the conference. I really wanted this book to be a mode of support, of genuine reflection for all people of our generation. At the time, I was feeling extremely lost – I’d hardly enough money to support myself, and my mental health was suffering. Working with older authors was frustrating as they would often think I was too young to know what I was doing. I felt very alone. I thought, if other young people are feeling like this, I’d want to help and show some support. As we all know, literature is one mode of support, so this book is a helping hand to all Millennials.

Where can I buy it?

No Filter will be published by Unbound, the crowdfunding publishers. You can pledge and pre-order the book here; everybody who pledges to the book gets their name in the back.

Check out an extract from No Filter below…

Millennial, You’re a Wizard: Hopefulness and the Harry Potter Generation

Some call us Gen Y, some Millennials, but another term for it is The Harry Potter Generation. Being Hogwarts-educated relates to Millennial characteristics of optimism, confidence, and dedication to a global community. Millennials are often accused of feeling entitled. I’m not about to dispute that claim, rather to say why it’s not such a bad thing – through Harry Potter. Hogwarts for me has always represented opportunity: a promise of a more magical existence. Receiving a Hogwarts letter is confirmation that there is something special stirring inside, that we are different, and that there is a place that celebrates us. 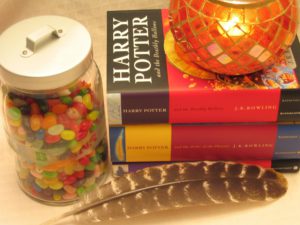 What Harry Potter fans long for is not a magical piece of paper in the (owl) post. We already have magical paper – thousands of pages of it, in the pages of the books themselves. These days, of course, you could be consuming the stories on an e-reader, although this digital alternative was not available for Millennials growing up with Harry. For the devoted fans, there wasn’t even a paperback option. Just the hardcover first edition, at midnight, at your local bookshop, in costume, with themed snacks and a trivia competition.

I can’t imagine my childhood without Harry Potter. It came to me when I needed it – I was given the first Harry Potter book as a moving away present when I was 9 years old, and every family move afterwards magically corresponded with a Potter book release. While I moved from place to place, Hogwarts became my consistent home. Summers that should have been filled with anxiety over new neighbourhoods, new schools, and new friends were instead made magical with the anticipation of new Potter books. As a generation, we exercised our hopefulness muscles, constantly having a new tome in our future. I was driven by the need to read and reread, to uncover all the clues, knowing that each new release also meant the beginning of a new cycle, with new answers and new questions. 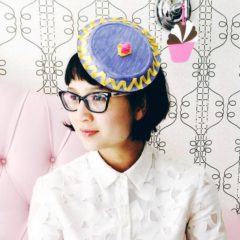 These book releases were an experience unique to us, counting down the days until Book 5, 6, 7, an experience that transcended the books and infiltrated our Harry Potter wall calendars in a real, live way. As an introverted child and constant new kid, the series helped me connect with others, through the characters we had in common. All you had to do was comment on my Harry Potter backpack (or t-shirt or toy owl companion) and I would pretty much be your friend. We would bond over whether the toilet was haunted by Moaning Myrtle, and send each other owl post.

My point is that the magic is not in a literal letter, but in what it stands for: it is an invitation to live more magically in our own world.

Edinburgh-based Xandra Robinson-Burns was featured in this recent Guardian article in June 2017.