‘I hit the ground and felt the snow under me, and under the snow the hardness of the frozen earth. Then I realised just how much trouble we were in.’

Anthony McGowan’s Lark has won the Carnegie Medal, the UK’s oldest and most prestigious award for children’s literature, published by dyslexia-friendly independent Barrington Stoke, based in Edinburgh.

Author, Anthony McGowan has said of his win:

‘Every writer for young people dreams of winning the Carnegie Medal. Its incredible history, the roll call of the great writers who have won it and the rigour of the selection process makes this the greatest book prize in the world. It is also a magnificent way of connecting with readers. The hundreds of shadowing groups in schools and libraries around the country provide that one thing that writers cannot do without: a living, arguing, debating, biscuit-munching population of brilliant readers!

On one level, Lark is a simple adventure story. Two woefully ill-equipped teenage boys and their old Jack Russell terrier go for a walk on the North Yorkshire Moors. A blizzard descends and their fun day out, their ‘lark’, turns into a desperate battle for survival. On another level, the book is about the unshakeable love between two brothers, one of them with special needs, after enduring family break-up, poverty, bullying and cruelty. Lark is also a story about the power of stories and the way they weave through our lives. The book ends with the words “Tell me a story”, and with those words we are led back again to the beginning.’

BooksfromScotland are so thrilled to hear Barrington Stoke’s great news, that we thought we’d share the first chapter of this amazing, and now award-winning, story. Treat yourself to this taster – we’re sure it will make you want to read the rest!

Lark by Anthony McGowan is published by Barrington Stoke, priced £7.99 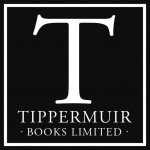