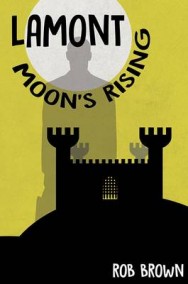 The bullet-torn body of a wealthy landowner’s son is discovered floating on a loch in a remote corner of Scotland’s picturesque, Perthshire landscape. Returning from holiday, Detective Crieff Lamont discovers that he has been allocated a new partner: the young and inexperienced, Felisa Tortolano. Sent to investigate, they find themselves working alongside a detective seconded from Manchester following allegations of racism. So begins a week in which corruption, deception and dark family secrets strain both personal and political relationships. Despite Lamont’s instinctive style and intuitive thinking, the investigation opens doors that lead to more powerful, clandestine characters. Ever the cold, clear thinker, Lamont finds his own mental stability threatened as the week progresses when he has to come to terms with another, more painful truth, hidden from him by his wife.

A former nurse, runner and dedicated cyclist, the author – like his principle character – recovered from life threatening injuries at the turn of the century. Having written for pleasure for more than 20 years, he has subsequently worked to build a new life sharing his work with others. Follow Lamont on Twitter @snotforme, or like Crieff Lamont on Facebook.