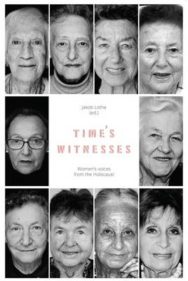 ‘If we had held one minute’s silence for each of the six million Jews who were murdered, we would have remained silent for twelve years.’ Blanche Major. In Time’s Witnesses: Women’s Voices from the Holocaust, Major and nine other Jewish women testify about their horrific experiences in Auschwitz, Theresienstadt, Bergen-Belsen and other Nazi camps.This book tells of humiliation, hunger, death and despair, but also of dignity, unity and hope-and an indomitable will to live. Each woman’s experience is unique; yet their reflections share a common hope for reconciliation and understanding. They are a testament to the Nazi atrocities and a caution for the future. Theirs are stories the world must never forget.

Reviews of Time’s Witnesses: Women’s Voices from the Holocaust

This book is an absolutely unique work of documentation, and it makes a unique impression. Sindre Hovdenakk, VG

Jakob Lothe (b.1950) is Professor of English Literature at the University of Oslo. His previous publications include Time’s Witnesses: Narratives from Auschwitz and Sachsenhausen (co-edited with Anette Storeide, 2006) and After Testimony: The Ethics and Aesthetics of Holocaust Narrative for the Future (co-edited with Susan Rubin Suleiman and James Phelan, 2012). He is a member of the Norwegian Academy of Science and Letters and the leader of the Academy’s committee on human rights.