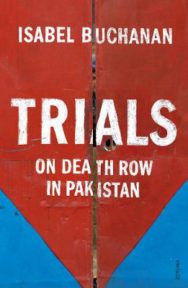 Trials: On Death Row in Pakistan

“Winner of the Saltire Society First Book Award 2016, An Economist Book of the Year 2016, and A Spectator Book of the Year 2016.” In 2011, Isabel Buchanan, a twenty-three-year-old Scottish lawyer, moved to Pakistan to work in a new legal chambers in Lahore. The chambers was run by a determined thirty-three-year-old Pakistani lawyer, Sarah Belal, who had finally found her calling in defending inmates on Pakistan’s death row. Belal and Buchanan struck up an unlikely friendship, forged through working in a system that was instinctively hostile to newcomers – and doubly so if they were female. At Sarah’s side, and with the help of Nasar, the firm’s legendary clerk, Buchanan plunged into the strange and complex world of Pakistan’s justice system. The work was arduous, underfunded, and dangerous. But for a young Scottish lawyer like Buchanan it was an unparalleled education, offering a window onto a much-misunderstood country and culture. Filled with beautifully drawn characters, she creates a narrative brimming with ideas and bursting with humanity. It is a story of Pakistan, but it is also a universal story of the pursuit of justice in an uncertain world.

Isabel Buchanan was born in Dundee in 1987. She studied at the Universities of Glasgow and Harvard. She is currently a pupil barrister in London. 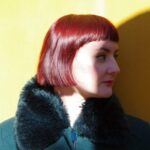