Pat Douthwaite was born in Glasgow in 1934, although throughout her life she gave 1939 as her birth year. Douthwaite was brought up in Paisley and began taking dance classes with Margaret Morris in 1947 where she met the artist J.D. Fergusson, Morris’s partner. Douthwaite initially pursued dance but by the end of the 1950s she decided to become a painter. Fergusson encouraged her in this but dissuaded her from formal training, declaring ‘Go to art school? If you go to art school, you’ll never be an artist – you are an artist.’

Leaving Scotland in 1958, Douthwaite spent time in Essex, Suffolk and London’s Soho, mixing in wide, bohemian circles which included Robert Colquhoun and Robert MacBryde, William Crozier, whom she knew from Glasgow, and a younger set from Cambridge including Peter Cook and Roger Law. It was in East Anglia that she was introduced to the illustrator Paul Hogarth whom she married in 1963. They had one son, Toby.

Hogey Bear is a portrait of Douthwaite’s husband whose affectionate nickname gives the painting its title. She noted that this painting is also a partial self-portrait, which shows her pregnant with Toby. Douthwaite cited the French artist Jean Dubuffet as an early influence and in 1960 she saw his show The Men with Beards in Paris. She was captivated by the imagery in his work but said she was too naïve to appreciate his technique. The impression that Dubuffet made on the artist is evident in this painting through the mottled and graphic approach. 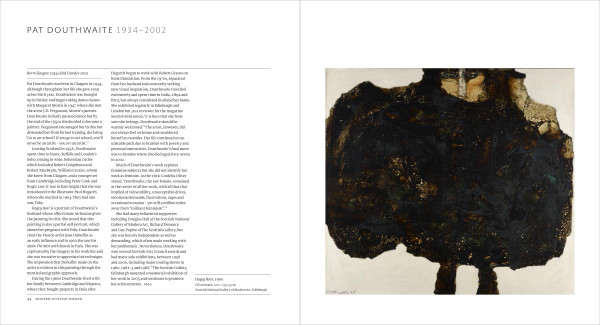 During the 1960s Douthwaite lived with her family between Cambridge and Majorca, where they bought property in Deia after Hogarth began to work with Robert Graves on book illustration. From the 1970s, separated from her husband and constantly seeking
new visual inspiration, Douthwaite travelled extensively and spent time in India, Libya and Peru, but always considered Scotland her home. She exhibited regularly in Edinburgh and London but, as a reviewer for the magazine Scottish Field noted, ‘it is here that she feels sure she belongs. Douthwaite should be warmly welcomed.’ The artist, however, did not always feel welcome and considered herself an outsider. Her life continued on an unstable path due to brushes with poverty and personal insecurities. Douthwaite’s final move was to Dundee where she died aged sixty-seven in 2002.

Much of Douthwaite’s work explores feminine subjects but she did not identify her work as feminist. As the critic Cordelia Oliver stated, ‘Douthwaite, the raw female, remained at the centre of all her work, with all that that implied of vulnerability, unacceptable drives, emotional demands, frustrations, rages and occasional ecstasies – yet still a million miles away from “militant feminism”.’

She had many influential supporters including Douglas Hall of the Scottish National Gallery of Modern Art, Richard Demarco and Guy Peploe of The Scottish Gallery, but she was fiercely independent as well as demanding, which often made working with her problematic. Nevertheless, Douthwaite won several Scottish Arts Council awards and had many solo exhibitions, between 1958 and 2000, including major touring shows in 1980, 1982–3 and 1988. The Scottish Gallery, Edinburgh mounted a memorial exhibition of her work in 2005 and continues to promote her achievements. 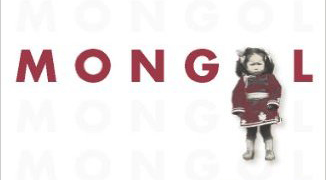 ‘Bad luck to cry when you say goodbye’