In 1952 Linda Cracknell’s father embarked on a hike through the Swiss Alps. Fifty years later Linda retraces that fateful journey, following the trail of the man she barely knew. This collection of walking tales takes its theme from that pilgrimage. The walks trace the contours of history following writers, relations, and retreading ways across mountains, valleys, and coasts formerly trodden by drovers, saints, and adventurers. Each walk reaffirms memories, beliefs and emotions, and the connection that one can have with the past through particular places. This book celebrates life, family, friendship, and walking through landscapes richly textured with stories.

Extract from Doubling Back
By Linda Cracknell
Published by Freight Books

A hillside near Abriachan,
Loch Ness
Spring there is more than colour; it is music and scent. The burns literally
hum down the hillside, the trees have rhythm in their shaking.

Despite late April sunshine, spring was still holding its breath when I arrived on ‘her’ hillside. I was a thousand feet up at Abriachan, where a dormer-windowed house straddles lush pastureland below and the scratch of heather on the open moor above. This is Achbuie where at the age of nineteen, writer Jessie Kesson (1916-1994) came after a year of virtual imprisonment in a mental hospital. She was ‘boarded out’, as the practice was known, living with and helping an elderly woman on her croft. Amongst the smell of bracken-mould and primroses, on a hill so high and steep that, as she said, ‘you feel any moment you might topple into Loch Ness below’, she rambled freely for the six months or so that she stayed. The visceral thrill of the place in springtime pulses through her writing in different genres ever after.

It was curiosity about this powerful influence that took me there in early spring. I wanted to share her exuberance and find the Red Rock she wrote about. And there, high on the moor to the northeast of Achbuie, seen through my wind-tugged hair – a slash of steep gully sliced inland from the Loch into a south-facing cliff. Red and crumbly, fissured in long downward strikes, a superb visual play was created by the orange-red of newly exposed rock against the petrolglazed blue of age. I knew from Isobel Murray’s biography Writing her Life that as Jessie ran and rambled across the hillside here she was followed by a stream of younger girls intrigued by her supposed ‘experience’. With its precipitous pathways of loose rock, I could see the lure for a gaggle of youngsters. This was at the far reaches of Abriachan, at the door to another world, edgy and dangerous and out of sight of the cottage and a watching old lady. Rites of passage were played out here according to Jessie’s writing – a childish game came close to an early sexual adventure. Later, her courtship with her future husband, John Kesson, who quarried the red sand rock, involved meetings on Sunday afternoons. Lying in the shadow of the red rock, they used ‘The Book’, which she was required to carry on the Sabbath, as a pillow.

That day in late April I climbed above the red rock to where the open moor levels. The wind carved down the lochside, and the bare birches rang maroon against a clear sky. Deer poured uphill on winter-dusky heather whose wiry stems snapped at my bootlaces. I kept turning, wondering whose step it was that caught at the back of mine, half expecting to find a line of children in a giggling retreat. Before dropping towards Caiplich I savoured the long views that Jessie wrote of in I to the Hills through the eyes of a character called Chris: ‘High up in the shadow of the Red Rock, she would lie, knowing that never in a lifetime could she absorb the changing moods and varying beauty of the vista unfolded below her.’ I gazed southwards towards Fort Augustus and the steep-sided finale of the Loch. On its east side, beyond water-pocketed escarpments, the Cairngorms displayed long low-reaching fingers of late snow. To the north-east, the Moray Firth and the sea’s horizon sparkled, the lure that perhaps took the young Jessie away to Inverness, next returning to Abriachan for her honeymoon, and repeatedly afterwards in
words.

Up on the open moor, the curlew burbled its high lilt. Peewits crashed within a whisper of the earth as they performed their jitterbug aerobatic displays. The notes they beat in the air with their broad wings seemed reassuring heralds of the spring. ‘Soon, soon’, they soothed.

Linda Cracknell won the Macallan/Scotland on Sunday short story competition, and was shortlisted for the Scottish First Book Award for her story collection Life Drawing (Neil Wilson Publishing, 2000) and the Robin Jenkins Literary Award for environmental writing. Her second story collection A Searching Glance was published by Salt in 2008. Her debut novel Call of the Undertow was published to great acclaim by Freight Books in 2013. 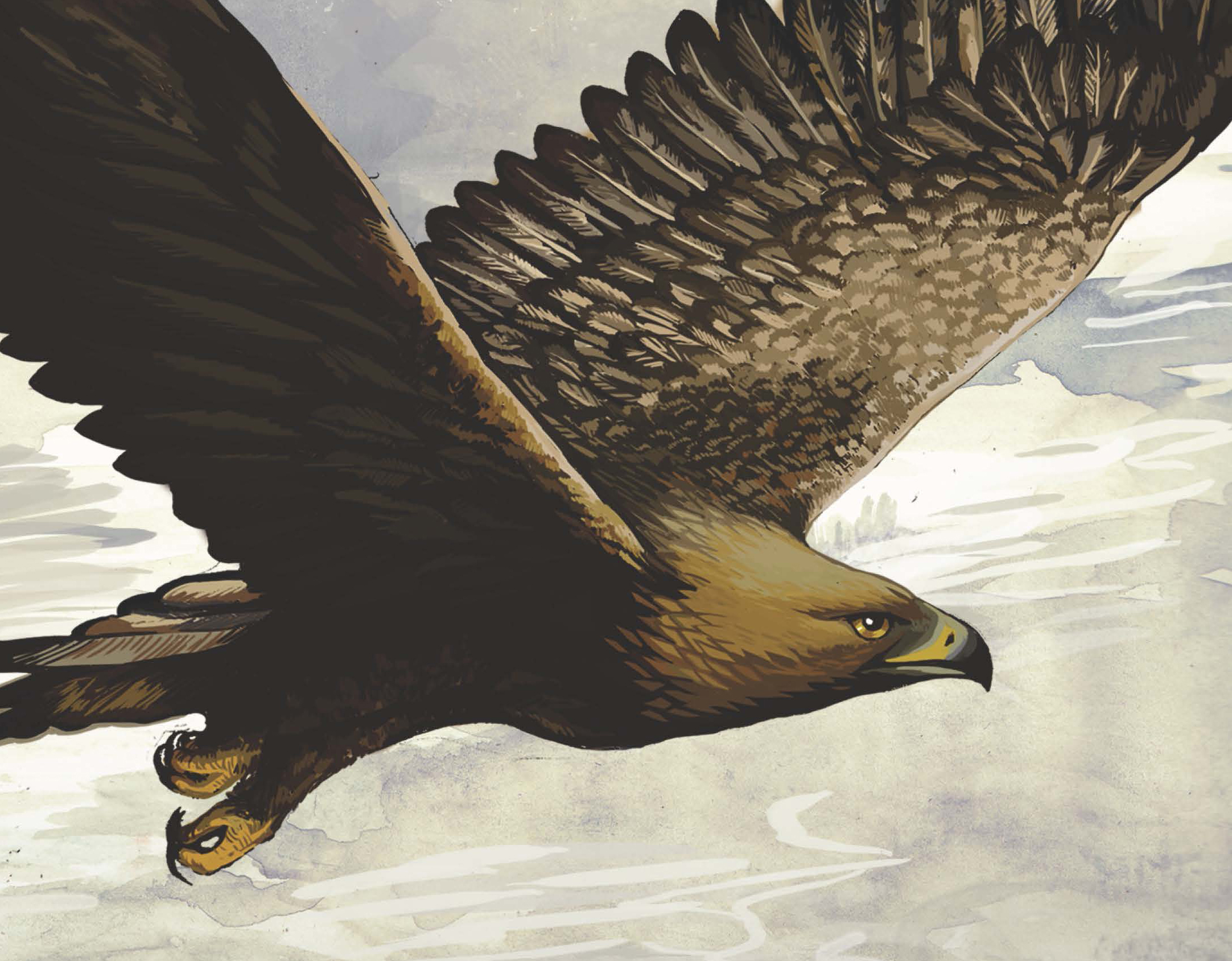 Volcanoes and the Making of Scotland