In this guest post by the founder of the unique Jolabokaflod Book Campaign, Christopher Norris proposes spreading the good news of Jolabokaflod far and wide to families this Christmas to remind everyone why books are so essential to our lives. 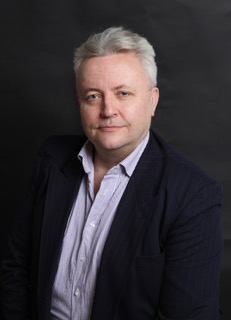 The retail cycle each year in Iceland, from the launch of new books to the reading of these books at Christmas, is known as Jólabókaflóð, which translates roughly into English as ‘Christmas book flood’.

This tradition began during World War II once Iceland had gained its full independence from Denmark in 1944. Paper was one of the few commodities not rationed during the war, so Icelanders shared their love of books even more as other types of gifts were short supply. This increase in giving books as presents reinforced Iceland’s culture as a nation of bookaholics – for example, a study conducted by Bifröst University in 2013 found that half the country’s population read at least eight books a year.

Every year since 1944, the Icelandic book trade has published a catalogue – called Bókatíðindi (‘Book Bulletin’, in English) – that is sent to every household in the country in mid-November during the Reykjavik Book Fair. People use the catalogue to order books to give friends and family for Christmas.

During the festive season, gifts are opened on 24 December and, by tradition, everyone reads the books they have been given straight away, often while drinking hot chocolate or a Christmas ale cocktail called jólabland.

In October 2015, I was invited by BookMachine to write a regular blog posting for members of this international publishing community to read, having written a well-received piece about the future of publishing: ‘Publishing 2020: an Advent calendar of change‘. As I researched topics to write about, I read an detailed review in The Bookseller about the book trade in Iceland, ‘In depth: Iceland’s book market‘, and came across Jólabókaflóð for the first time.

As I was a pioneer of World Book Day in the UK, serving on the steering committee for the inaugural event in 1996-7, I realised that the Icelandic tradition of Jólabókaflóð offered a fabulous opportunity to promote book buying and reading within the same initiative, so the seeds of the Jolabokaflod Book Campaign were planted.

Urged on by the BookMachine executive, I launched Jolabokaflod Book Campaign at an RSA Bounce event in London for entrepreneurs in November 2015.

In December 2015, on a business trip to New York, I met with Hlynur Guðjónsson, Consul General and Trade Commissioner at the Consulate General of Iceland in New York, to share the vision of spreading the custom and practice of Jólabókaflóð to the UK and beyond. Mr Guðjónsson gave the Jolabokaflod Book Campaign his endorsement and facilitated contact with Icelandic organisations of potential mutual interest, including embassies and book trade bodies such as the Reykjavik UNESCO City of Literature and the Icelandic Literature Center, both players in annual ‘Christmas book flood’.

At Christmas 2015, the Jolabokaflod Book Campaign encouraged people all over the world to experience the joy of giving books as gifts and reading them over the festive period in a series of published articles and blog postings.

In my role as Head of Crowdfunding at CrowdPatch, I saw the opportunity to release people’s enthusiasm and creativity for running crowdfunding campaigns along Jolabokaflod principles – to buy books to give to others for active reading.

Between March and October 2016, I set up and ran the first Jolabokaflod Patch project at CrowdPatch – called The Icelanders Cometh – which built on the strong connection with Icelandic literature by seeking funds for UK libraries to spend on books published in English by Icelandic authors. The project successfully raised £2365.00, 103% of its target figure, which will soon by available for five participating library authorities to spend (including one in Scotland).

There is great potential for people to raise money via Jolabokaflod crowdfunding to spend on books for vulnerable and disadvantaged groups in local communities – for example: schools, unemployment groups, hospitals and prisons. This will be an evolving focus for the Jolabokaflod Book Campaign over the coming year.

I have dual aims for Christmas 2016. In November this year, two concurrent digital media campaigns were launched: one to introduce the spirit of Jólabókaflóð to the UK and beyond, to encourage people everywhere to make the Icelandic tradition part of the way they celebrate Christmas; and the other to promote a UK version of the Book Bulletin online, to capture book recommendations to share with people seeking to buy Christmas gifts for their friends and families.

So, I am creating a buzz to encourage people to integrate Jolabokaflod into the way they celebrate Christmas and – via the Book Bulletin catalogue – to provide ideas for great books for people to buy to give to loved ones.

There are always moments in every household when there is a temptation to switch on the television or play a computer game. Jolabokaflod encourages people to make time for family reading over the festive season and reminds everyone that reading for pleasure is fun and therapeutic.

From the book trade perspective, Jolabokaflod creates a fabulous new opportunity to promote and sell books. A publisher, for example, only has to sell one book to be in profit after making a financial contribution to the Book Bulletin crowdfunding campaign, which is raising money for the Jolabokaflod 2017 programme. The Jolabokaflod Book Campaign publicises book recommendations in the catalogue via digital media, so we actively support publishers in their ambition to sell more books.

My overriding hope for this year’s Jolabokaflod campaign is to create market awareness and increased recognition of the tradition in time for a bigger campaign next year.

How you can help to spread the tradition of Jolabokaflod

Jolabokaflod is essentially a simple, viral concept – to encourage people to buy books as Christmas presents to give to friends and family for reading over the festive season. There are many ways in which you help to this Christmas tradition to spread: here are a few ideas:

Scotland and Iceland are linked via their respective literary heritages. Indeed, these cultures are recognised worldwide: Edinburgh and Reykjavík are both UNESCO Cities of Literature.

Wouldn’t it be great to bind the connections between Scotland and Iceland further by spreading the good news of Jolabokaflod to families this Christmas? Let’s invite everyone in Scotland to make this wonderful tradition part of the way in which the festive season is celebrated. Let’s promote Jolabokaflod to remind everyone why books are so essential to our lives.

Christopher Norris is a media, publishing and social entrepreneur with over 25 years’ experience of joining the dots between crowdfunding, book publishing, digital media, television, music and film by being passionate about making things happen, publicising excellence, and helping others achieve their creative goals.

Chris is the Founder and Curator of the Jolabokaflod Book Campaign, a not-for-profit enterprise to introduce the Icelandic tradition of Jólabókaflóð to the UK and beyond. He is also Head of Crowdfunding at CrowdPatch, the crowdfunding platform for social entrepreneurs

He has managed many crowdfunding campaigns at CrowdPatch with a success rate of 100% – including Jolabokaflod Book Campaign projects The Icelanders Cometh and Book Bulletin, which is live until early February 2017.

In his senior executive role at CrowdPatch, Chris serves on the All-Party Parliamentary Group for Crowdfunding that meets regularly at the House of Commons under the chairmanship of Barry Sheerman MP.