Orkney: A Special Way of Life

PART OF THE Summer Reading ISSUE

‘There’s power from the wind and waves and energy in the tides. There’s vitality in the music and craft in the pottery. There’s warmth in the whisky, style in the furniture and sparkle in the jewellery.’

You may still be deciding where to take yourself on holiday this summer. Richard Clubley may help you decide to get up to the Orkney Isles with his latest book, Orkney: A Special Way of Life, that pays tribute to the landscape and the community.

Extract taken from Orkney: A Special Way of Life
By Richard Clubley
Published by Luath Press 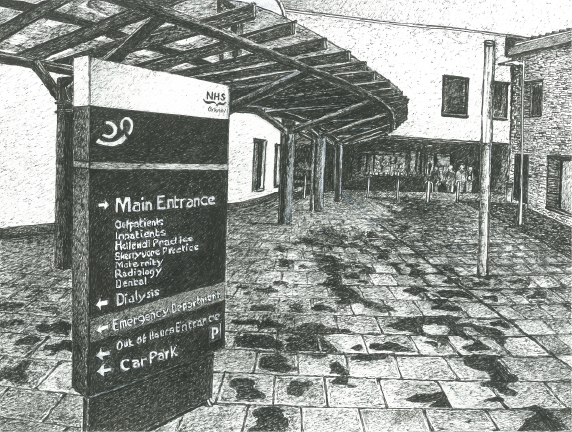 Chapter One: Orkney – A Special Place

The man from Orkney.com promised faithfully to phone me on the Wednesday. He had heard I was writing about Orkney and wondered if I might like to contribute to the Orkney.com website. Late on Wednesday evening I received the following email from him:

This is going to sound like the most ridiculous excuse ever. The Royal Navy were carrying out a safe detonation of a WW2 torpedo that has been found on the seabed in Scapa Flow. It is thought to be one fired by Captain Gunther Prien, of U47, when he attacked and sank HMS Royal Oak lying at anchor in the Flow in 1939.

I heard about it at the last minute so went out on the pilot boat to follow the story. I would have phoned you when it was all over but the first charge failed to destroy the weapon. It only dislodged from the seabed and floated to the surface. The Navy boys had to go back on shore for more explosives. They eventually detonated it at the surface so we got good pictures of the splash. Sorry.

The excuse was good, but not out of the ordinary for Orkney. Take, for instance, the time I chartered a local boat to take me and my camping gear to Cava:

The pier has been washed away, I’m afraid, so you’ll have to wade ashore. Can your dog swim?

Then again there was my local guide on an outer island who said:

I’ll have to pass you onto a colleague for the rest of the tour. The postmistress is away to Kirkwall, for a tooth extraction, I have to serve behind the counter this morning so we can keep the post office open.

My town in Derbyshire has a population much the same as Orkney’s but I have never been delayed by a torpedo or been roped into to sell stamps. I suppose these things could be described as frustrations but, for me, they are just part of what makes Orkney special.

I’m an outsider, of course. Had I lived in Orkney all my life I might have a different view, but I don’t think so – the locals seem as fascinated by the islands as I am. There always seems to be ‘news’ in Orkney: ships arriving, festivals launching, weather happening, visitors calling and wildlife appearing. Everyone appears to love it. There are newspapers, magazines, radio stations, coffee mornings and blogs dedicated to keeping everyone informed, not to mention the island drums and smoke signals: ‘Oh, aye, I heard that.’; ‘Yes, I ken him’; or ‘No, you don’t say?’

I have loved Scottish islands in general and Orkney in particular for much of my life but I still struggle to understand what makes them such special places. There is so much going on in Orkney it is bewildering at times. Before moving here I spent seven months here, in all seasons, and still managed to miss a lot. Even so, it was nice to open The Orcadian, see something advertised and think ‘Great, I’ll be here for that’ instead of ‘Oh dear, something else I’m going to miss’. I managed to catch the Ba’, St Magnus Festival, the lunar eclipse at Ring of Brodgar (I’m sure I could have caught it at home, too, but there wouldn’t have been people in flowery skirts, with bells tuned to the four elements) and a winter gale.

It seems to me that, on an island, if you want something you have to provide it yourself. At home, if I want to go to the cinema, cathedral or airport I have to go out of town. Not so easy on an island, where a water crossing is involved, so Orkney has to be so much more self-sufficient.

Then there’s the weather (different every minute but never bad, unless your clothes are inappropriate), whales, birds, seals, aurora, flowers, history and archaeology. There’s power from the wind and waves and energy in the tides. There’s vitality in the music and craft in the pottery. There’s warmth in the whisky, style in the furniture and sparkle in the jewellery.

My wife, Bev, and I took the first step towards flitting to Orkney in 2016. We started by enquiring about a plot of land to buy on Mainland. An ex-Orkney lighthouse man I met described it as ‘getting a shift’. I believe new folk are welcome in Orkney – especially if they contribute in some way to the community – I don’t think I’ll feel so much like a ‘ferry louper’ as a ‘new islander’. Read on and see how the project progresses. 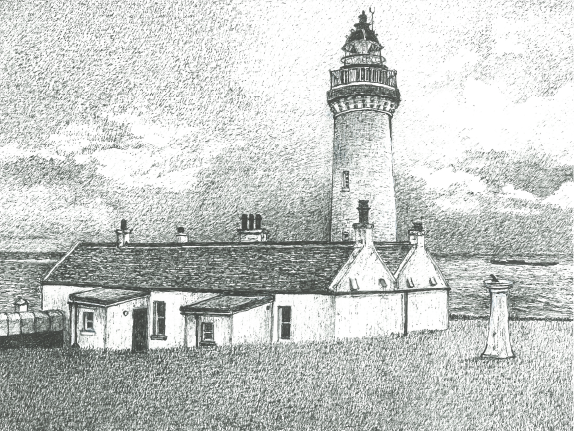 Orkney: A Special Way of Life by Richard Clubley is published by Luath Press, priced £9.99,

A Working Class State of Mind

‘Growing up where ah’m fae oor social status wis based upon how well you could fight or kick a baw. …

‘Becoming a great runner is all about training properly. And having some sort of natural talent, I g …