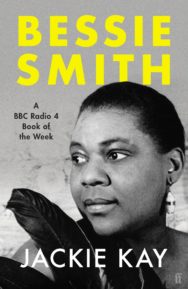 ‘The most vivid evocation of Bessie Smith I have ever read’ – Ian Carr, BBC Music’

[Bessie Smith] showed me the air and taught me how to fill it … she’s the reason I started singing, really’ – Janis Joplin

Bessie Smith was born in Tennessee in 1894. Orphaned by the age of nine, she sang on street corners before becoming a big name in travelling shows. In 1923 she made her first recording for a new start-up called Columbia Records. It sold 780,000 copies, making her a star. Smith’s life was notoriously difficult: she drank pints of ‘bathtub gin’, got into violent fist fights, spent huge sums of money and had passionate love affairs with men and women. She once single-handedly fought off a chapter of the Ku Klux Klan.

As a young black girl growing up in Glasgow, Jackie Kay found in Bessie someone with whom she could identify and who she could idolise. In this remarkable book Kay mixes biography, fiction, poetry and prose to create an enthralling account of an extraordinary life.

Jackie Kay is a Scottish poet and novelist, and has been the National Poet of Scotland since 2016. She is the author of a number of works, including The Adoption Papers, Trumpet and Red Dust Road. The recipient of numerous prizes, she was also twice shortlisted for the Scottish Book of the Year Award. She is currently chancellor of the University of Salford, and divides her time between Glasgow and Manchester. @JackieKayPoet