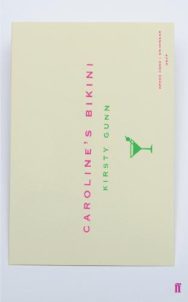 Art needs a sense of lack to bring about its own effects; where there is no feeling of need to make up a shortfall, there will be no work.”Alright” I said, “I’ll try…” This is how Emily Stuart opens the intricately involved account of a classic love affair that becomes Caroline’s Bikini: a tale of hope, passion, and the power of the imagination.For they say, the story of love – or, rather, falling in love – is timeless, and that unrequited love is the most passionate of all. It’s certainly a narrative that is, in its own curious and enticing way, as old as Western literature itself.The moment Emily’s friend Evan Gordonstone, a successful middle-aged financier, meets the glamorous Caroline Beresford at Richmond home, we are immediately immersed a whole new kind of world. Thus begins a hypnotic series of intense conversations set against the beguiling backdrop of West London’s bars, fuelled by liberal G&Ts. From early winter to July’s hot swelter, Emily narrates Evan’s passion for Caroline – a former horsewoman and PR expert, and now mother, hostess, housewife and landlady – to the brink of his own destruction.In a mischievously intelligent novel about desire, ambition, and friendship – about Petrarch and his Laura, Dante and Beatrice, Evan and Caroline – the acclaimed Kirsty Gunn explores the nature of courtly love in a modern world not celebrated for its restraint and abstraction.Ready. Steady. Go!

Kirsty Gunn published her first novel, Rain, with Faber in 1994, and since then has written six works of fiction, including novels and short stories. Her novel, The Big Music, won the James Tait Black Memorial Prize. She is presently Professor of Writing and Practice and Study at the University of Dundee. She lives in London and Scotland with her husband and two daughters.