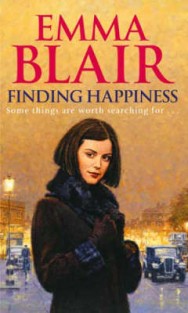 Sandy McLean is training to be a doctor to follow in his father’s footsteps – indeed, to surpass his father who is just a general practitioner: Sandy is to become a top surgeon. Or so his father insists. Sandy feels he has no choice, though knows he is not a natural and life is becoming miserable as he struggles through the exams. What he really wants to be is an artist. Every spare moment he paints and is especially good at people. He even gets a commission when a loyal pub bartender is retiring. And then a French girl, Sophie, offers to pose for him – which leads to his first love affair and the beginning of his rebellion against his father…He has a row with his father and runs off to Montmartre. Meanwhile, left behind is his sister Laura. Her father believes she should wait about idly for a potential husband to turn up. But she wants to earn a living. She tells her parents she’s working voluntarily for an orphan centre, but really she has a job working at the Marie Stopes Clinic – and learns a lot about life! When she gets raped on the way home one night, she is understandably seriously traumatised. And decides to follow her brother to Montmartre…

An engrossing saga produced by an experienced and popular novelist, so it is unsurprising that it is strong on both characterisation and plot HISTORICAL NOVELS REVIEW A cracking good read. THE BOOKSELLER

Emma Blair was born in Glasgow and now lives in Devon. She is the author of twenty-three bestselling novels including SCARLET RIBBONS and FLOWER OF SCOTLAND, both of which were shortlisted for the Romantic Novelist of the Year.