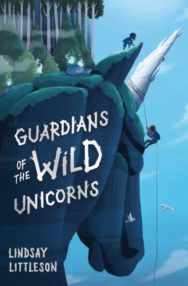 Guardians of the Wild Unicorns

‘Across the moor galloped a huge dark beast; a heavily muscled horse with a gleaming, rippling black mane. The animal reared up, its hooves cutting the sky, its silken tail streaming like a banner. Its spiralled horn glinted in the sun.’

Lewis is cold, wet and miserable on his school residential trip in the Highlands of Scotland. The last thing he expects to see is a mythical creature galloping across the bleak moorland. Unicorns aren’t real… are they?

Lewis and his best friend Rhona find themselves caught up in a dangerous adventure to save the world’s last herd of wild unicorns. Fighting against dark forces, battling the wild landscape, and harnessing ancient magic, can they rescue the legendary creatures in time?