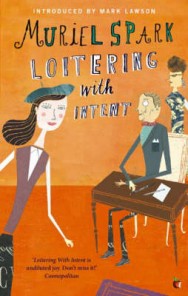 Art, reality and the strange ways the two imitate one another are at the core of Muriel Spark’s delightful Loitering with Intent, first published in 1981. Would-be novelist Fleur Talbot works for the snooty, irascible Sir Quentin Oliver at the Autobiographical Association, whose members are all at work on their memoirs. When her employer gets his hands on Fleur’s novel-in-progress, mayhem ensues when its scenes begin coming true. Generating hilarious turns of phrase and larger-than-life characters (especially Sir Quentin’s batty mother), Spark’s inimitable style make this literary joyride thoroughly appealing.

Reviews of Loitering with Intent

The most gloriously entertaining novel since THE PRIME OF MISS JEAN BRODIE A.N. Wilson, SPECTATOR I read this book in a delirium of delight…robust and full-bodied, a wise and mature work, and a brilliantly mischievous one NEW YORK TIMES BOOK REVIEW Unflagging wit and inventiveness TIME MAGAZINE This is Muriel Spark in the splendid form of those marvellous and influential novels of her earlier career THE TIMES