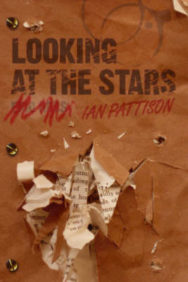 Home > Fiction from Scotland > Looking at the Stars

Looking at the Stars

This is a brilliant new novel from one of our favourite comic writers. Life in Glasgow’s west end isn’t going well. A one-time aspiring author, now humble TV script-reader living in a squalid bedsit, is on the wrong side of forty and on a very slippery slope. But, as his life goes from bad to worse, an incredible opportunity to fulfil all his dreams, hopes and ambitions presents itself – as long as he’s prepared to kill and take the credit for another writer’s work. It’s an opportunity he can’t resist, a way to turn the tables on his successful, smug friends. Seduced by the prospect of Hollywood, fame and money, he takes the risk. But will the plan work? Will he live to regret killing his friend? Or will he be caught out as a fraud, a charlatan and a murderer? From the pen of Ian Pattison, the award-winning creator of Rab C. Nesbitt, “Looking at the Stars” is a darkly comic novel that will examine the deepest recesses of your soul.

Ian Pattison lives in Glasgow. He is the author of A Stranger Here Myself (Picador, 2000) and Sweet and Tender Hooligan (Picador, 2003). He is also the creator of the hugely successful TV series, Rab C. Nesbitt. Looking at the Stars is his third novel. He is currently at work on a fourth.