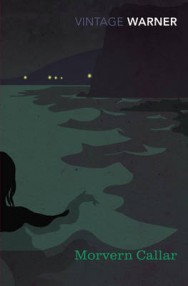 It is off-season in a remote Highland sea port: twenty-one-year-old Morvern Callar, a low-paid employee in the local supermarket, wakes one morning to find her strange boyfriend has committed suicide and is dead on their kitchen floor. Morvern’s laconic reaction is both intriguing and immoral. What she does next is even more appalling…This book is the winner of the Somerset Maugham Award.

"Brilliant, tender, a stylistic dazzler" — Hilary Mantel "A dazzling achievement" Time Out "Morvern is a brilliant creation… more than a stunning debut novel; to my mind it establishes Alan Warner as one of the most talented, original and interesting voices around" — Irvine Welsh "Morvern is a compelling creation; elusive, enigmatic and opaque. Both ordinary and extraordinary, she gleams out like onyx from a vivid, macabre and lyrical book" Guardian "Not since Camus' The Outsider has a voice with so many angles hopped and fluttered from the pages, has a note risen to chill in its opening breath" Scotland on Sunday

Alan Warner is the author of seven novels: Morvern Callar (winner of the Somerset Maugham Award), These Demented Lands, The Sopranos, The Man Who Walks, The Worms Can Carry Me To Heaven, The Stars in the Bright Sky, which was longlisted for the 2010 Man Booker Prize; and The Deadman’s Pedal (2012). He is Writer in Residence at Edinburgh University.