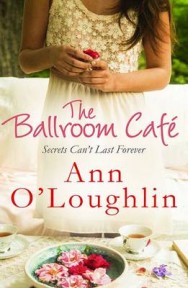 In a crumbling Irish mansion, two elderly sisters, Ella and Roberta O’Callaghan, live alone with their secrets, memories and mutual hatred. Long estranged by a dark family tragedy, they communicate only by terse notes. But when the sisters are threatened with bankruptcy, Ella defies Roberta’s wishes and takes matters into her own hands, puts her baking skills to good use and converting the mansion’s old ballroom into a cafe. Much to Roberta’s displeasure, the cafe is a hit and the sisters are reluctantly drawn back into the village life they abandoned decades ago. But gossip has a long life, and Ella finds herself reliving painful memories when Debbie, an American woman searching for her birth mother, begins working at the cafe. As the local convent comes under scrutiny, the O’Callaghan sisters find themselves caught up in an adoption scandal that dates back to the 1960s and spreads all the way across the Atlantic Ocean…Only by overcoming their enmity and facing up to the past can they face the future together – but can they finally put their differences behind them?In her debut novel, Ann O’Loughlin draws upon the adoption scandals that have rocked Ireland, to write a poignant and powerful tale of family and second chances.

A leading journalist in Ireland for nearly thirty years Ann O’Loughlin has covered all major news events of the last three decades. Ann spent most of her career with independent newspapers where she was Security Correspondent at the height of The Troubles, and was a senior journalist on the Irish Independent and Evening Herald. She is currently a senior journalist with the Irish Examiner newspaper covering legal issues. Ann has also lived and worked in India. Originally from the west of Ireland she now lives on the east coast with her husband and two children.