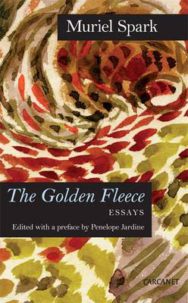 The essays, reviews, memoirs and other writings collected here for the first time conjure up one of the great critical imaginations of our time. Grouped into four sections (Art and Poetry; Autobiography and Travel; Literature; and Religion, Politics and Philosophy), they demonstrate the wide range of Muriel Spark’s knowledge and interests, and throw into relief the people, places and ideas that inspired her throughout her life as a working writer. The book includes perceptive essays on literary figures including the Brontes, Robert Frost, T. S. Eliot and Robert Louis Stevenson; engaging accounts of visits to John Masefield, Edith Sitwell, and Louis MacNeice’s home (in the absence of its owner); and reflections on the sermons of Cardinal Newman and the Old Testament book of Job as perennially rich sources of spiritual nourishment. The novelist’s eye for the telling detail is evident in portraits of the cities – Venice, Rome, Ravenna, Istanbul – which Muriel Spark visited or in which she made her home. As Penelope Jardine puts it in her preface, this book ‘tells many things’.