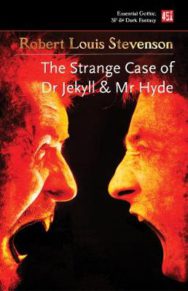 Home > Fiction from Scotland > The Strange Case of Dr Jekyll and Mr Hyde: And Other Dark Tales

The Strange Case of Dr Jekyll and Mr Hyde: And Other Dark Tales

In Stevenson’s suspense-filled masterpiece of horror, a shameless, repulsive creature stalks the streets and he’s becoming harder to control… The charming Dr Jekyll could not be more different to the violent and depraved Mr Hyde – until, that is, he takes a potion of his own concoction which allows him to embrace his darker side. As Hyde’s savagery escalates, Dr Jekyll finds himself trapped in a truly nightmarish tale of duality, leaving him forced to take desperate measures, as he discovers that leaving the monster behind is not as easy as he needs it to be. Four of Stevenson’s other dark tales (including `The Body Snatcher’) complete this investigation into demonic influences of the most personal kind.FLAME TREE 451: From mystery to crime, supernatural to horror and fantasy to science fiction, Flame Tree 451 offers a healthy diet of werewolves and mechanical men, blood-lusty vampires, dastardly villains, mad scientists, secret worlds, lost civilizations and escapist fantasies. Discover a storehouse of tales gathered specifically for the reader of the fantastic. Each book features a brand new biography and glossary of Literary, Gothic and Victorian terms.

Robert Louis Balfour Stevenson, novelist, essayist, and poet, is considered to be one of the great classic storytellers. Born in Edinburgh, in 1850 he studied engineering and law at university before embarking on a career in literature. Stevenson wrote a number of popular and enduring fantasies, including Treasure Island (1883), Kidnapped (1886), The Black Arrow (1888) and The Master of Ballantrae (1889). He was a lifelong sufferer of tuberculosis and often travelled abroad in search of climates more healthy than his native Scotland. Finally he settled with his wife Frances, in Samoa, where he passed away in 1894.