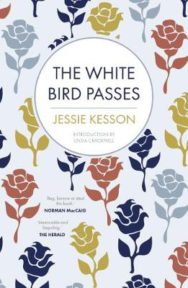 Set in the backstreets of a Scottish city in the 1920s, The White Bird Passes is the unforgettable story of a young girl growing up in ‘the Lane’. Poor, crowded and dirty – but full of life and excitement – the Lane is the only home Janie MacVean has ever known. It is a place where, despite everything, Janie is happy. But when the Cruelty Man arrives, bringing with him the threat of the dreaded ‘home’ – the orphanage that is every child’s nightmare – Janie’s contented childhood seems to be at an end.A gritty and moving portrayal of a young girl facing up to hardship and deprivation, written with warmth, humour and insight, Jessie Kesson’s classic autobiographical novel is widely regarded as her finest work.

Reviews of The White Bird Passes

Jessie Kesson (1916-1994) was born in Inverness and spent her childhood in the north of Scotland. She combined a successful writing career with a variety of jobs, from cleaner to artist’s model, and was a social worker for nearly twenty years, settling finally in London with her husband.