George McCluskey: Playing For The Hoops

For Celtic fans George McCluskey ranks alongside Kenny Dalglish, Tommy Burns, Johnny Doyle and Paul McStay in a generation of greats. From the introduction by McCluskey himself, here he reveals how playing in the hoops for the club was a life-long ambition.

I first met Aidan Donaldson in Cassidy’s Bar in Belfast about 15 years ago. I had been in Ireland speaking at a function organised by Beann Mhadaghain csc the day before and it was suggested that I should pop into Cassidy’s Bar if I got a chance. So I did and was warmly greeted by the people there. While I was discussing some aspects of Celtic and football, Aidan came into the conversation with a list of facts and statistics to which my response was, ‘You must be a bloody anorak, buddy!’ There was an embarrassed silence in the bar before Aidan retorted, ‘Nobody ever said that to me before, George.’ Despite that rather awkward first meeting Aidan and I have become great friends over the years and he’s now very much part of our family. Indeed, it is only through our friendship that this work has appeared. It was Aidan’s constant cajoling and encouragement that led me to agree to have my story told. His determination, hard work and knowledge have done the rest and I thank Aidan from the bottom of my heart for the wonderful job he has done in getting my story in print.

From the very start I wanted the book to be about my family and friends and everything else that has shaped me to be the person I am. In football biographies the reader often only sees the player and not the real person. I was extremely fortunate to play football for the club I supported my entire life. My great friend Tommy Burns once said (about himself) that he was ‘a supporter who got lucky and wore the shirt’, and I am sure that the same could be said about me. Coming from a Celtic minded family and community it has been an absolute privilege to have played for Celtic on so many occasions and to have shared in their joy, hopes and dreams – as well as in their disappointments. It is true to say that when you pull on the green and white hoops and run out in front of a packed Jungle you are playing for your family and friends as well as for Celtic and there is no feeling like that. And I wanted to get that sense of club, community and family across in this book.

I have many wonderful memories and made many friends among players and supporters alike. Yet the footballer’s life is not always about the great moments and matches. I have had many great moments in football and also many low points too and not just when bitter defeat was experienced. It’s only when you hit life’s ‘bumps’ that you really understand who your true friends are and I have been blessed to have been surrounded by so many close friends who have stuck by me over the years. So sincerest thanks and love to the Dollichans, McAteers, McCormacks, Paul Brannan, Gerry Green, John Kirkwood and all others whose loyalty and friendship means the world to me.

It is to my family that I owe the greatest debt. My mother and father sacrificed so much for all of us when we were growing up and an awful lot to help myself and my brother, John, as we pursued our dreams to play for Celtic. They taught me everything I know and have tried to pass on to my own children. Both Anne and I are proud of each and every one of them as they make their own journey in life. Anne and I have been together since we met in St Catherine’s High School 44 years ago. She has been the rock that has kept me going when times are difficult and has made our house a loving, caring and happy place, home for our children and grandchildren. She has the patience of a saint and the wisdom and understanding that has helped me enormously throughout our lives and I thank her most sincerely for that.

God has always played an important role in my life from my childhood to today. I am most certainly not the best Christian in the world but I pray every day for my family, friends and those in need. In particular I pray to Our Lady. It was a teacher at St John the Baptist Primary School called Teresa Maxwell who said that if you ever wanted to ask Jesus for something then you should always pray to his mother since no son would refuse a mother’s request. When I think of the two most important women in my life – my own mother and my wife – I am certain that Mrs Maxwell gave a young boy great advice all those years ago. She also told us that her favourite saint was St Jude – the Patron Saint of Lost Causes. St Jude is now one of my favourite saints whom I pray to especially in times of difficulty. I recommend him!

I hope that those who are kind and patient enough to read this book will enjoy it and see part of themselves and their own story in it. The world we live in is a challenging and often confusing place. Yet there are values and gifts that are passed on from one generation to the next. Celtic has always been an extremely important part of my life and continues to be so. So too are my family, friends and community. All of them are intertwined and interconnected. I was indeed a fan who got lucky and played in the Hoops. I also hope by doing that I played for you.

Playing For The Hoops: The George McCluskey story by Aidan Donaldson is out now (HB, £16.99) published by Luath Press 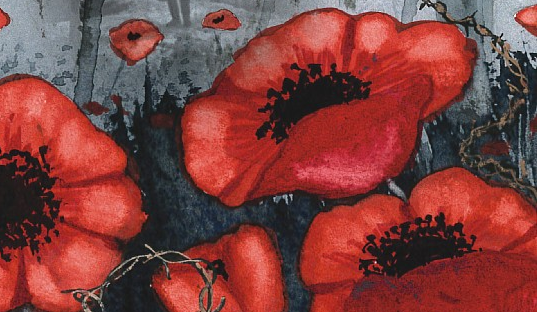