‘Fifteen years ago, when my son was four years old, a zebra crossing man saved his life.’

Sita Brahmachari takes us back in time to a life-changing day fifteen years ago, that went on to become the inspiration for her heartwarming tale for children, Zebra Crossing Soul Song. A huge music lover, Sita reveals the soundtrack to which she wrote the book, and shows how her musical heroes shaped both characterisation and story. 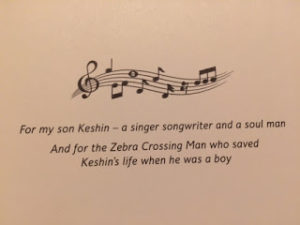 Fifteen years ago, when my son was four years old, a zebra crossing man saved his life. I wasn’t a published author then but as I have been scribbling stories and squirreling them away since well before Lenny’s age I wrote this in my notebook:

A story about a Zebra Crossing man who saves a boy’s life […] the crossing as a place of learning, growing, philosophy, psychology music, river, life. In the story that has emerged all these years later, Lenny looks back at his growing up through memories on the crossing from nursery to sixth form. As I wrote I was taken back to the hideous moment that every parent and carer fears of losing sight of their young child, only to find them heading for a busy road.

The Zebra stripes are no longer accompanied by a crossing person but every time I walk across the zebra I thank the crossing man for saving my son’s life. While writing I found myself listening to some of my favourite music tracks to allay the sense of panic that comes whenever I think of that moment on the road. The tracks I played have become the accompanying sound track of Zebra Crossing Soul Song.

Although I knew little about the crossing man who saved my son’s life, the character of Otis came to me… his name of course borrowed from Otis Redding – after all he had and has my true ‘Respect’.

I wrote ‘Zebra Crossing Soul Song to this playlist… 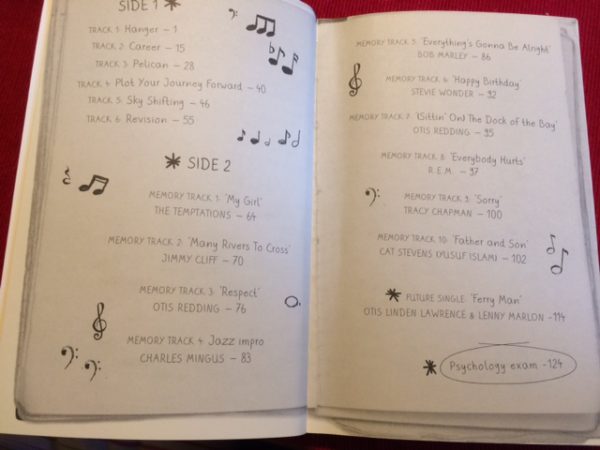 There are no chapters in ‘Zebra Crossing Soul Song’, but tracks and a playlist to listen as you read.

Listening to ‘Father and Son’ by Yusuf Islam (formerly Cat Stevens) gave  me the idea to create a lyrical dialogue between a boy and the Zebra Crossing Man who saved his life many years before. It also prompted me to create a different kind of family unit than that song depicts. Lenny has two dads in Kwame and David. Many people have influenced Lenny’s growing up but it’s Otis who has had the greatest impact.

“He taught me to think of words like songs

Otis was the best teacher I ever had

No Island in the middle

And I’m moving on

Otis was a crossing man

Otis was a ferry man

Otis was a river of thought

Otis was a river of words.” 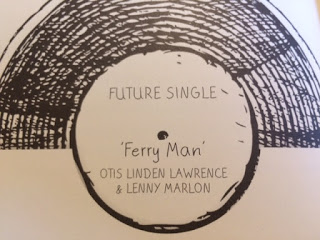 Recently I listened to a radio programme about the increase in the search for ‘perfectionism’ among young people and the negative impact it’s having on levels of anxiety and mental health. From what I gleaned the psychiatrist said the causes had interlocking spurs but were broadly:

In Zebra Crossing Soul Song Lenny struggles with the pressures and challenges that growing up today places on all young people stepping out into the world. He’s re-taking his A Level Psychology and struggling with revision on the subject of ‘memory.’ There are so many questions and expectations… Why did Otis ‘lose it’ on the Crossing? Why has he gone away? What will Lenny do with his life after exams? He’s drowning in the Career Fair requirements to ‘Plot his journey forward’ and he’s lost the one person in the world he could really work things out with.

But Lenny, like Otis is growing into a songman… finding in music a place to be, to relax, to explore his deepest thoughts, ideas and aspirations for himself and the impact he can make on the world, but most of all Lenny is starting to find out that there is more than one way to make the crossing.

by Sita Brahmachari is out now published by Barrington Stoke priced £6.99.

‘The tournament itself is only one step on the journey. It is part of the process. It is just the be …