‘Today Rose Bertin is considered to have been the world’s first fashion designer.’

We introduce the colourful story of Rose Bertin, the woman credited with inventing haute couture, who was a favourite in the court of Marie Antoinette. What would fashion today be without Bertin’s pioneering and iconic influence?

Rose’s Dress of Dreams is inspired by Marie-Jeanne Rose Bertin (known as Rose) who was born in 1747.

When she was only 16, Rose travelled to Paris to become a dressmaker. After she began making dresses for the Princesse de Conti and other court ladies, her designs became very popular.  She met France’s young queen, Marie-Antoinette and soon became her favourite dressmaker, creating many wonderful outfits for her.

But the people of France were poor and unhappy.  They became angry with the Royal family and a revolution began.  Soon, Marie-Antoinette was arrested and sent to prison. 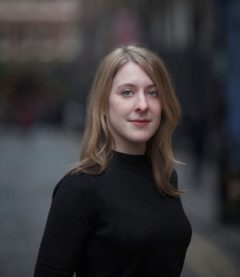 Even then, Rose remained the queen’s loyal friend.  At her execution in 1793, Marie-Antoinette wore a lace cap that Rose had made for her.

Today Rose Bertin is considered to have been the world’s first fashion designer.  The incredible dresses she made continue to influence fashion today.

Author Katherine Woodfine says: “I’m so delighted to be joining Barrington Stoke’s wonderful Little Gems list, with this story inspired by the real-life Rose Bertin. As soon as I discovered Rose’s story, I was captivated by the idea of this determined young girl, forging a new path for herself in 18th century Paris – and going on to change the course of fashion history.”

Find out more about Rose’s Dress of Dreams (coming April 2018 from Barrington Stoke) by Katherine Woodfine and illustrated by Kate Pankhurt, here.

What International Women’s Day means to some of the Floris Books’ team and authors, and what they’re …

‘I still often ask myself why I was chosen to survive. Twenty-three souls of my family perished.’