PART OF THE The Guestlist ISSUE

‘She makes paintings that are not only rigorous but also beautiful, bringing attention to the act of looking at art and at the world around us’

We at BooksfromScotland always look forward to the Scottish National Gallery’s big summer exhibition, and this year’s showcase dedicated to the work of Bridget Riley is an amazing visual feast. We highly recommend a visit! If you can’t make it, here’s a little bit of what to expect from the exhibition’s accompanying book. 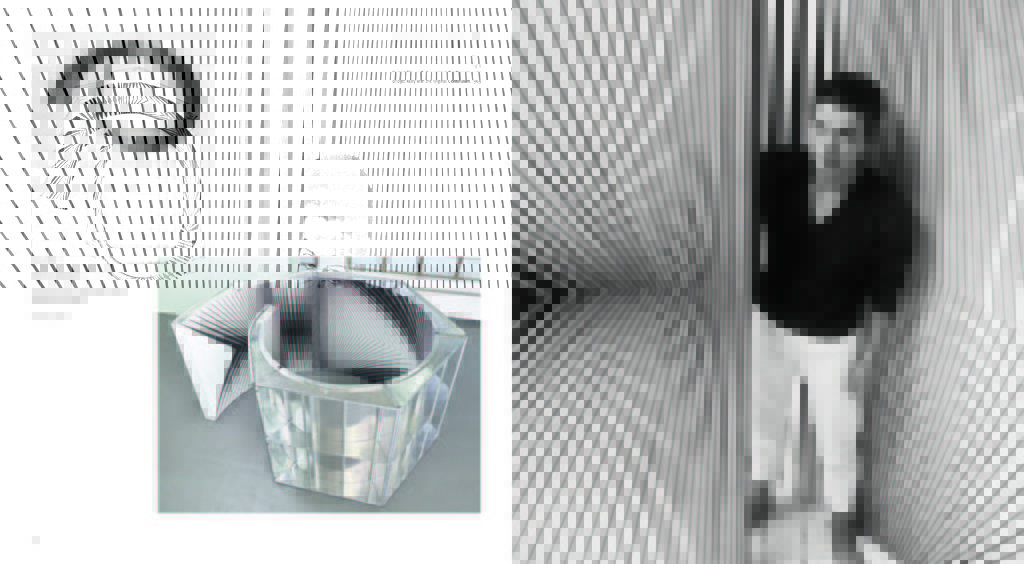 Bridget Riley is an artist who has forged, over the course of some seventy years, a remarkable and innovative career. She makes paintings that are not only rigorous but also beautiful, bringing attention to the act of looking at art and at the world around us. This publication accompanies major exhibitions of the artist’s works, held in Edinburgh and London during 2019, which mark the first survey of Riley’s work to be staged in Scotland and the first of its scale in the UK since 2003. The exhibition looks back over Riley’s long career and traces the dynamic and evolving nature of the artist’s practice, from her early student drawings to very recent paintings.

In keeping with the retrospective nature of the exhibition, this book brings together a selection of critical writings starting with David Sylvester’s review of her first exhibition in 1962 and ending with Eric de Chassey’s recent and perceptive text, for which we thank him warmly. These reviews, essays, statements and conversations have been selected by the artist and include her own writings. Spanning almost six decades, they trace the development of Riley’s ideas and the critical reception of her work during that period, providing an historical survey into the wide-ranging practice, which includes writing, lecturing and curating, of one of the most influential artists of our time.

We are delighted to be working together to present these exhibitions of Riley’s work, building on both past partnerships between the National Galleries of Scotland and Hayward Gallery, and on the close connections the artist has with each of our institutions.

In 2016, the National Galleries of Scotland staged a small exhibition devoted to Riley’s work, which juxtaposed the painting Over, 1966, by Riley, from our collection, with eight paintings from across the artist’s career. Over was acquired in 1974 following an earlier solo exhibition of Riley’s work at the Scottish National Gallery of Modern Art. The 2016 presentation provided an opportunity to begin a new conversation with the artist – a conversation that resulted in this landmark exhibition and accompanying publication. We have particularly valued the artist’s insights into works by other artists in the collection, which have long been known to Riley. Amongst them, Georges Seurat’s La Luzerne, Saint-Denis, 1884–85, provided the inspiration for her post-impressionist painting Lincolnshire Landscape, 1959, while Piet Mondrian’s Composition with Double Line, 1932, featured in Riley’s selection for Tate’s 1997 exhibition Mondrian: Nature to Abstraction, and in her essay for the accompanying catalogue.

Riley’s work is part of a long tradition in painting; to see that art through her own thinking is hugely rewarding and we are indebted to her for this rich and illuminating dialogue that continues in her work today. Following Riley’s winning of the International Prize for Painting, in its old form, at the 34th Venice Biennale, Hayward Gallery presented the artist’s first major UK survey exhibition in 1971, the Hayward’s very first show devoted to a contemporary painter. Since then Bridget Riley has been a leading light in the gallery’s history. In addition to co-curating a Paul Klee exhibition in 2002, Riley herself was the subject of another Hayward solo show in 1992. Her works have also been included in a total of five group exhibitions over the years. On all these occasions, she has applied her acute understanding and appreciation of the Hayward’s particular architectural style in relation to the work displayed. Almost half a century after her first Hayward exhibition, it is a great privilege to be adding to Riley’s long association with the gallery by presenting this rich and inspiring retrospective featuring so many works which feel as new as the day they were made.

Endorse Me, You Cowards!

‘Recruiters know you are flawed—no one is perfect, after all—and making things up is an important pa …