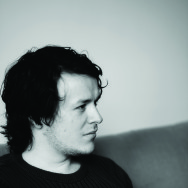 Niall Campbell was born in 1984 on the island of South Uist, one of the Outer Hebrides of Scotland. He received an Eric Gregory Award in 2011 and an Arvon-Jerwood Mentorship in 2013, and won the Poetry London Competition in 2013. His work has been published in a number of magazines and anthologies including, Granta, The Dark Horse, Poetry London, Poetry Review, The Salt Book of Younger Poets and Best Scottish Poems 2011.

His debut pamphlet, After the Creel Fleet, was published by Happenstance Press in 2012. His first book-length collection,Moontide (Bloodaxe Books, 2014), won Britain’s biggest poetry prize, the £20,000 Edwin Morgan Poetry Award, as well as the Saltire First Book of the Year Award; it was also shortlisted for the Forward Prize for Best First Collection, the Fenton Aldeburgh First Collection Prize and the Michael Murphy Memorial Prize, and is a Poetry Book Society Recommendation. First Nights: poems, a selection from Moontide plus new poems, is due from Princeton University Press in the US in 2016. He lives in Leeds.