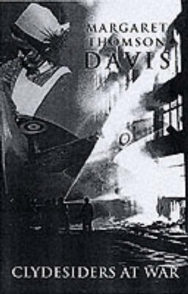 In the summer of 1939, as the storm clouds of war gather over Glasgow, the Gourlays and the Cartwrights are preparing themselves for the challenges of an uncertain future. The two families – the hard working Gourlays in their modest tenement, and the prosperous Cartwrights in their luxurious West End home – are about to face the consequences of a shattering revelation. The secrets and lies that have dominated all their lives are about to be uncovered, and the mystery that has bound them together will finally be solved. At the same time the turmoll and tragedy of war is about to enter their lives once more. Like thousands of others, the Gourlays and the Cartwrights experienced the full horror of the First World War. Now they must face that horror again – Richard Cartwright as a fighter pilot in the Battle of Britain; the Gourlay twins’ husbands, Joe and Pete, as ordinary soldiers in the war torn countryside of France; and Virginia Cartwright as a Red Cross Nurse on the Home Front in Glasgow.Clydesiders At War is the final part of the epic Clydesiders trilogy – a tale of two Glasgow families that began amid the dying embers of the Edwardian era and reaches it conclusion in the dark days of the Second World War.

Reviews of Clydesiders at War

'THE STYLISH, WELL-OBSERVED WORK OF THIS BORN STORYTELLER IS A CUT ABOVE THE REST' EVENING TIMES