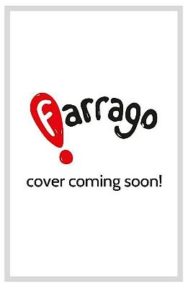 Home > Fiction from Scotland > Dolly and the Singing Bird

Dolly and the Singing Bird

Tina Rossi, the world’s leading coloratura soprano has travelled to Edinburgh, ostensibly to sing in the Festival, but in reality to meet her lover, top scientist Kenneth Holmes. Instead of finding Kenneth at their rendezvous, she discovers an unknown corpse.At this moment Johnson Johnson, a famous but enigmatic portrait painter turns up. Dolly is about to sail in a race to the Hebrides where Holmes was conducting his top-secret research to discover more about his disappearance.Soon they are sailing the high seas together, but as Dolly nears Rum, the race becomes one for life rather than prize money…***PRAISE FOR THE DOLLY SERIES***’The Dolly novels are… delicious, funny, ingenious, glamorous, clever.’ Listener’Dunnett tempts her fans with buried clues and red herrings that keep them reading and rereading the books.’ New York Times'[Dunnett’s] women are among her strongest characters.’ Guardian

Dorothy Dunnett (1923-2001) gained an international reputation as a writer of historical fiction. She moved genres and turned to crime writing with the acclaimed Dolly books, also known as the Johnson Johnson series. She was a trustee of the National Library of Scotland, and a board member of the Edinburgh International Book Festival. In 1992 she was awarded an OBE for her services to literature. A leading light in the Scottish arts world and a renaissance woman, Dunnett was also a professional portrait painter and exhibited at the Royal Scottish Academy on many occasions.