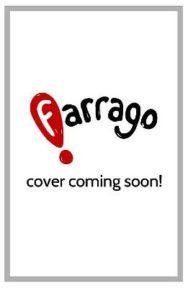 Home > Fiction from Scotland > Dolly and the Bird of Paradise

Dolly and the Bird of Paradise

The first in a series of witty, erudite suspense mysteries – each with a strong, independent, smart female heroine, and an ending sure to surprise.Rita, a small, tough Scottish make-up artist is on Madeira trying to find out who killed Kim-Jim, an American make-up supremo. Also anchored off the island is Dolly, the yacht of Johnson Johnson with whom she teams up.Rita’s fighting spirits are aroused despite her danger. She is not one for quitting, even when she learns she is caught up in an international drug-smuggling ring.But she also discovers that dealing with the maddeningly enigmatic Johnson Johnson is, by no stretch of the imagination, plain sailing.

Dorothy Dunnett gained an international reputation as a writer of historical fiction. She moved genres and turned to crime writing with the acclaimed Dolly books, also known as the Johnson Johnson series. She was a trustee of the National Library of Scotland, and a board member of the Edinburgh International Book Festival. In 1992 she was awarded an OBE for her services to literature. A leading light in the Scottish arts world and a renaissance woman, Dunnett was also a professional portrait painter and exhibited at the Royal Scottish Academy on many occasions. She died in 2001.