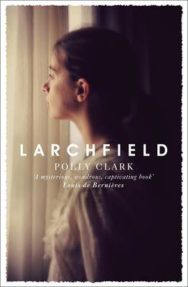 ‘Mysterious, wondrous, captivating’ Louis de Bernieres ‘We need the courage to choose ourselves’ W. H. Auden It’s early summer when a young poet, Dora Fielding, moves to Helensburgh on the west coast of Scotland and her hopes are first challenged. Newly married, pregnant, she’s excited by the prospect of a life that combines family and creativity. She thinks she knows what being a person, a wife, a mother, means. She is soon shown that she is wrong. As the battle begins for her very sense of self, Dora comes to find the realities of small town life suffocating, and, eventually, terrifying; until she finds a way to escape reality altogether. Another poet, she discovers, lived in Helensburgh once. Wystan H. Auden, brilliant and awkward at 24, with his first book of poetry published, should be embarking on success and society in London. Instead, in 1930, fleeing a broken engagement, he takes a teaching post at Larchfield School for boys where he is mocked for his Englishness and suspected – rightly – of homosexuality. Yet in this repressed limbo Wystan will fall in love for the first time, even as he fights his deepest fears.The need for human connection compels these two vulnerable outsiders to find each other and make a reality of their own that will save them both. Echoing the depths of Possession, the elegance of The Stranger’s Child and the ingenuity of Longbourn, Larchfield is a beautiful and haunting novel about heroism – the unusual bravery that allows unusual people to go on living; to transcend banality and suffering with the power of their imagination.

Polly Clark was born in Toronto and lives in Helensburgh on Scotland’s west coast, a few streets away from where W.H. Auden wrote ‘The Orators’. Auden’s struggle as he conceived this electrifying and genre-busting work was an inspiration for her debut novel Larchfield. As Literature Programmer for Cove Park she brings writers from all over the world to take part in Scotland’s International Artist Residency. Her three poetry collections have between them won the Eric Gregory Award, been shortlisted for the T.S. Eliot Prize and twice been selected as one of the Poetry Book Society’s books of the year.