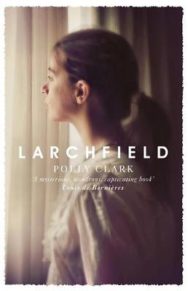 ‘Mysterious, wondrous, captivating’ Louis de Bernieres ‘We need the courage to choose ourselves’ W. H. AudenIt’s early summer when a young poet, Dora Fielding, moves to Helensburgh on the west coast of Scotland and her hopes are first challenged. Newly married, pregnant, she’s excited by the prospect of a life that combines family and creativity. She thinks she knows what being a person, a wife, a mother, means. She is soon shown that she is wrong. As the battle begins for her very sense of self, Dora comes to find the realities of small town life suffocating, and, eventually, terrifying; until she finds a way to escape reality altogether.Another poet, she discovers, lived in Helensburgh once. Wystan H. Auden, brilliant and awkward at 24, with his first book of poetry published, should be embarking on success and society in London. Instead, in 1930, fleeing a broken engagement, he takes a teaching post at Larchfield School for boys where he is mocked for his Englishness and suspected – rightly – of homosexuality. Yet in this repressed limbo Wystan will fall in love for the first time, even as he fights his deepest fears.The need for human connection compels these two vulnerable outsiders to find each other and make a reality of their own that will save them both. Echoing the depths of Possession, the elegance of The Stranger’s Child and the ingenuity of Longbourn, Larchfield is a beautiful and haunting novel about heroism – the unusual bravery that allows unusual people to go on living; to transcend banality and suffering with the power of their imagination.

For anyone who knows what it feels like to move to a new place and feel lonely, or feel like an outsider, this book will speak to you — Rachel Revesz * Independent * What a wonderfully satisfying and gratifying book it is: vivid, moving, sympathetic, beautifully shaped, convincingly inventive, and tactful in its approach to painful depths. I enjoyed it enormously. * Edward Mendelson * Congratulations on Larchfield! Helpful imaginary Auden, beset wife, evil upstairsers: gripping turf wars of the mind! * Margaret Atwood * A magnificent book – haunting and beautifully written — Alexander McCall Smith * Good Housekeeping * A book one doesn't want to put down * Daily Mail * That Polly Clark is a poet is never in doubt throughout this imaginative novel, written with poetic force . . . This is a beautifully constructed novel with a wealth of detail and characterisation. Moving and wonderful. * Daily Express * One of those wonderfully rare novels that catches hold of you and reels you effortlessly in from the moment you begin turning its pages . . . A novel about loneliness and finding the strength to be yourself, as well as the power of imagination. In succumbing to this compulsive book, I found myself reminded of that power . . . Its lyricism and imaginative prowess bring to life the inner lives of two poets separated by time — Edwina Boyd-Gibbins * Stylist * This quietly beautiful and hugely atmospheric novel is as rich as it is compelling * Heat * An impeccably told story of isolation and creativity, it's as involving as a thriller. — Hepzibah Anderson * Mail on Sunday * Clark has a wonderful eye for detail and a light comic touch . . . A funny, poised, and affecting meditation on the healing power of poetry — Daisy Dunn * The Times * A mesmerising time-slip tale . . . a beautiful, poetic story — Nina Pottell * Prima * A beautifully written debut about outsiders, creativity and motherhood — Sarra Manning * Red * Stunning . . . I was lost in this moving and gripping study of isolation — Fanny Blake * Woman and Home * Bringing a long dead poet to brilliant life . . . It makes for a powerful and moving read . . . Clark hits emotional beats with her characters that often take the reader by surprise with their sheer power . . . Moving, powerful and immensely readable, Larchfield is a book of isolation, growth, love and friendship. Hugely recommended and fantastically written; author Polly Clark is a huge talent and one I'll be keen to watch out for in the future — Luke Marlowe * Bookbag * A haunting read, this novel charts the bravery that allows unusual people to transcend banality and suffering with the power of their imagination * Good Housekeeping * Larchfield is a beautiful debut about a woman's struggle with isolation and sanity woven with the story of poet W. H. Auden, which signals Polly Clark as an author to watch * i Paper * Striking . . . Clark, a TS Eliot Prize-Shortlisted poet, writes beautifully * Bookseller * A beautiful debut novel about a woman's struggle with isolation and sanity woven into the story of the poet W. H. Auden. It's about bravery, loneliness and survival and was inspired by the author's own plight when she moved to Helensburgh in Scotland and found a connection with Auden that was to change her life * Foyles * I was absorbed by this rich and atmospheric novel with its brooding sense of isolation, its poetic language and its portrait of a mental breakdown * Fanny Blake * So wise, tender, and immaculately written. It's full of such delicate poetry yet I devoured it like a thriller. A beautiful, life-affirming read. * Emylia Hall * An atmospheric, haunting time-slip novel about a new mother struggling to survive in a claustrophobic town where poet WH Auden lived — Charlotte Heathcote * Sunday Times, S Magazine * A meeting of minds across time, between a modern-day woman poet and a young WH Auden, illustrates the redemptive power of the poetic imagination * The Lady * This lyrical novel about the poet WH Auden and a young mother is captivating * Heat * The one to watch, according to * Sunday Times, Sun, Red, Heat, The Lady, Scotsman, Foyles * A fine novel of rich mysteries. What an original way to explore the assembling or collapse of identity; the reader has a powerful sense of a kind of vortex into which the two main characters are drawn – with a masterly stroke of unexpected impossibility standing in for a moment of mental collapse. I was riveted. * John Fuller * Brava brava! Most satisfying thing I've read this year. Beautiful. * Brian Chikwava * A deft and moving portrayal of isolation * Juliet Mushens * The sense of danger hanging over the characters kept me reading until past midnight * Marina Lewycka * Wonderful characters and set pieces * Di Speirs * A story beautifully and passionately rendered * Margie Orford * Larchfield is beautifully eloquent about that quotidian kind of courage that so often goes overlooked: that fortitude that allows us to engage compassion through our loneliness, and to construct a future in which our truest selves might fit. * Jim Shepard * Magical and transcendent . . . I suspect that few debuts in 2017 will match the elegance of Larchfield. This is a beautiful novel: passionate, lyrical and surprising. I will remember Larchfield for a long time. — John Boyne * Irish Times * This is a mysterious, wondrous, captivating book * Louis de Bernieres * Larchfield is that rarest of rare first novels – a book that actually achieves its great ambition. I found it so immensely readable; it's brainy, verbally acute and knowing, with an ingenious literary historical premise that it impressively (and artfully) carries off right in front of your eyes. It's work of considerable talent * Richard Ford *

Polly Clark was born in Toronto and lives in Helensburgh on Scotland’s west coast, a few streets away from where W.H. Auden wrote ‘The Orators’. Auden’s struggle as he conceived this electrifying and genre-busting work was an inspiration for her debut novel Larchfield. As Literature Programmer for Cove Park she brings writers from all over the world to take part in Scotland’s International Artist Residency. Her three poetry collections have between them won the Eric Gregory Award, been shortlisted for the T.S. Eliot Prize and twice been selected as one of the Poetry Book Society’s books of the year.