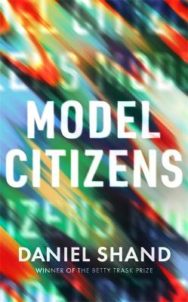 And how to tell what the best things were? Well, that was easy: the best things were the ones with the most people looking at them.Alastair Buchanan has a comfortable life. It’s been a year since he received his very own junior – a clone designed to help him escape the daily grind. So why does Alastair spend his days alone, online, obsessing over his status? When his long-term girlfriend Caitlin can’t take it anymore, Alastair does his best to hold it together. But then, a remnant from his past appears and he is forced to confront the level of control that technology has over his life.Elsewhere, a terrorist cell dedicated to yanking humanity back to the 1990s is building momentum. As the group focuses their attention on Alastair’s junior, an operative known as Mandelson begins to question her commitment to the cause. But looming over everyone is Kim Larson, inventor of the juniors. When the World’s Father himself realises that humanity’s future lies in the stars, who will be left to hold him to account?From award-winning author Daniel Shand, Model Citizens explores a surreal world peopled by humans struggling with their dehumanising present. Full of suspense, it asks us what we give up when we exist online, and who we can trust to take care of us. Model Citizens is a subversive and darkly comic story of class, technology, and responsibility, offering a vision of the future that may be closer than we realise.

Daniel Shand’s debut novel, Fallow, was published in 2016 and won the Betty Trask Prize. His second book, Crocodile, came out two years later and was shortlisted for the Encore Prize for Best Second Novel.His short stories have been published in several magazines (New Writing Scotland, Gutter, 404 INK, Popshot) and he has read and led workshops at the Edinburgh International Book Festival and the Marlborough Literature Festival.He won the University of Edinburgh Sloan Prize for fiction and the University of Dundee Creative Writing Award. In 2016, Daniel was the winner of the Saltire Society International Travel Bursary for Literature, and, in 2021, he was the Jessie Kesson Fellow at Moniack Mhor.Daniel has lived in and around Edinburgh since 2011, where he teaches at Napier University.