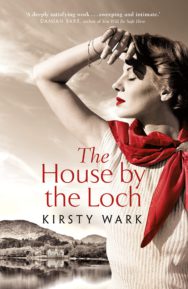 Home > Fiction from Scotland > Romance > The House by the Loch

The House by the Loch

Walter MacMillan is bewitched by the clever and glamorous Jean Thompson and can’t believe his luck when she agrees to marry him. Neither can she, for Walter represents a strong and steady and loving man who can perhaps quiet the demons inside her. But their home on the shores of Loch Doon soon becomes a prison for Jean, and neither a young family nor Walter’s care seem able to save her.

Many years later, Walter is with his adult children and adored grandchildren on the shores of Loch Doon, where the family has been holidaying for generations. Yet the shadows of the past stretch over them and will turn all their lives upside down on one fateful weekend.

The House by the Loch is the story of a family in all its loving complexity, and the way it can, and must, remake itself endlessly in order to make peace with the past.

Kirsty Wark is a journalist, broadcaster and writer who has presented a wide range of BBC programmes over the past thirty years, from the ground-breaking Late Show to the nightly current affairs show Newsnight and the weekly Arts and Cultural review and comment show, The Review Show. Her debut novel, The Legacy of Elizabeth Pringle, was published in March 2014 by Two Roads and was shortlisted for the Saltire First Book of the Year Award, as well as nominated for the 2016 International DUBLIN Literary Award. Her second novel, The House by the Loch, has been inspired by her childhood memories and family, particularly her father. Born in Dumfries and educated in Ayr, Scotland, Kirsty now lives in Glasgow.