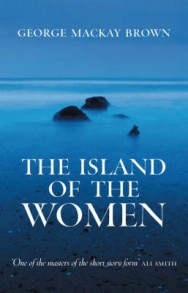 Home > Fiction from Scotland > The Island of the Women

The Island of the Women

“”The Island of the Women”” is George Mackay Brown’s posthumously published collection of short stories, released in 1998, two years after the author’s death. Like his previous collections, “”A Time to Keep”” and “”A Calendar of Love””, this volume explores Brown’s concerns with history, spirituality, legend and storytelling. In the title story, Brown uses the famous Orcadian myth of the selkie, the seal-man. The story “”Poet and Prince: A Fable””, explores the role of the writer in society, a tale which begins in an unknown European state and concludes on Brown’s beloved island.

Reviews of The Island of the Women

'George Mackay Brown is one of the masters of the short story form.' – Ali Smith