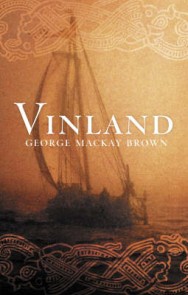 This book takes the reader on a journey from Orkney, over to Norway, into Iceland and Ireland, recreating with historical accuracy the customs and landscapes of the time while bringing the age to life through a large cast of engaging characters. Through the telling of Ranald’s story, Mackay Brown displays abundant knowledge about many facets of early Orkney life, of seamanship, marriage customs, beliefs and traditions and his portrayal of this age extends to the routine of the Norwegian Royal court. Traditional poetry is scattered throughout Mackay Brown’s prose adding a richness and depth to the tale he tells. Lore and legend, the elemental pull of the sea and the land, the sweetness of the early religion and the darker, more ancient rites, weave through this exquisite celebration of Orcadian history and the inexorable seasons of life.

George Mackay Brown is one of the major Scottish literary figures of the twentieth century. A prolific poet and novelist, he took much of his inspiration from the myths and landscapes of Orkney, and also from his deep Catholic faith. His collection of short stories A Time to Keep (1971) won the Katherine Mansfield Mentor short story pize and his novel Beside the Ocean of Time was short listed for the Booker Prize in 1994. He died in 1996.