Eccentric, Impudent, Pretentious and Wild: the Art of Arthur Melville

There was more than one Arthur Melville. Within his remarkable body of work the Orientalist artist-adventurer becomes guru of the ‘Glasgow Boys’; the glamorous hispagnoliste acts as reinterpreter of homeland hills; and the cool recorder of Venice and Tangier provides stimulating forays into portraiture and still-life painting. This bubbling creative stream presents enormous challenges. Melville the proto-abstractionist stands in apparent contradiction to Melville the would-be storyteller. Clean progression is denied; dates are to be distrusted; and at any point he reserves the right to revisit, reinvent and rework past experience. In all, he could lay a faultless wash of colour, place the cutting edges of architecture with acuity, and his observation of crowds, the moving masses of humanity, was unmatched.

During his early career critics were compelled to find new words to describe his work. He painted in ‘blobs’ and ‘spots’, and the neologism ‘blottesque’ was frequently deployed. To some, adopting a catch-all term to refer to almost anything radical, he was simply an Impressionist ‘à l’Écossais’, ‘eccentric’, ‘impudent’, ‘pretentious’ and ‘wild’. Yet the most interesting work of any generation is made by those who cast themselves adrift from the friendships, tensions, movements and mainstreams of youth, and go on to develop new inner enthusiasms. This was the case with Melville in mid-career, after his engagement to Ethel Croall, when he went to live in Surrey, painted the wondrous Chalk Cutting and spent what were, as it happened, the last years of his life attempting grand New Testament scenes, the visionary character of which would carry him beyond quotidian Naturalism. These were, to some extent, an attempt to rediscover that unprecedented freedom in the handling of oil paint, found in Audrey and her Goats his earlier foray into Shakespeare. However, having contracted typhoid on a trip to Spain, he died prematurely, at the age of forty-nine, in August 1904.

Nothing in Melville’s background predisposed him to the exalted sense of visual drama that emerges in his work, save perhaps an accurate eye and steady hand. He was born at Loanhead-of-Guthrie, in Forfarshire (now Angus), the fourth son of a coachman in a family of nine. At the age of thirteen he started commuting from East Linton, where the family had moved, to Edinburgh for drawing lessons. His mother, Margaret J. Wann, a ‘pious and hard-working’ woman, disapproved, we are told, of his interest in drawing, but to no avail. In 1875, his picture A Scotch Lassie (unlocated) was accepted at the Royal Scottish Academy (RSA) and was purchased by his father’s employer, James Annandale, who apparently persuaded the Melvilles that their son had a future as an artist. By this stage he was a pupil of the genre painter, James Campbell Noble, attending drawing classes at the RSA Schools, and within three years was sending pictures such as A Cabbage Garden to the Royal Academy (RA) in London.

However, Paris, not London, was where the most respected masters taught. Thus, in 1878, the young Melville set off for the summer months on the French coast and to register at the atelier Julian in the autumn. His arrival in Paris coincided with the closing weeks of the Exposition Universelle, and for a youth the experience of its unveiling of the European schools of painting must have been overwhelming. If, however, there was one work in the exhibition destined to have a lasting impact it was surely Mariano Fortuny’s Tribunal de la Alhambra.

For the next two years Melville remained for the most part in France, working at Granville and Cancale, and in 1879, at Grez-sur-Loing, the burgeoning artists’ colony five miles south of Fontainebleau, while in 1880 he called at Honfleur, probably on his return to Scotland. Throughout these wanderings, he was looking for peasant models who would pose en plein air. The inspiration for such studies was undoubtedly the work of the rural Naturalists of the école de Millet, now enjoying state patronage in France. If the soft ‘kailyard genre’ of Campbell Noble and other Lothian painters was supplanted by a stern seriousness of purpose in A Normandy Shepherd, the need for diverting human interest led him back in Old Enemies to a scene in which a peasant mother protects her child from a frightening flock of turkeys. There may be more to this innocent encounter than meets the eye.

We are delighted to show some spreads from the book below. 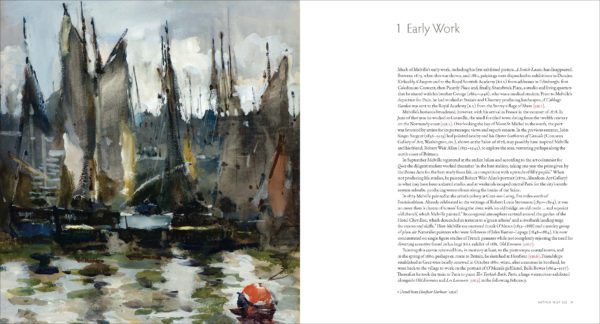 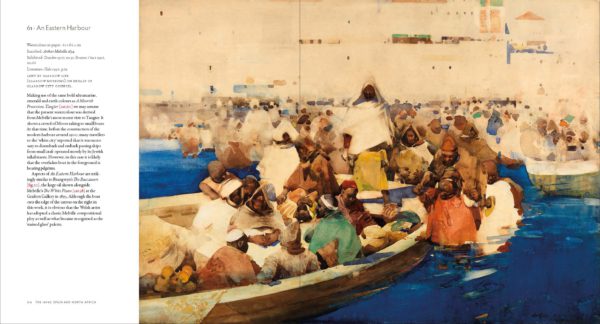 Arthur Melville: Adventures In Colour is out now published by NGS Publishing (PB, £18.95) 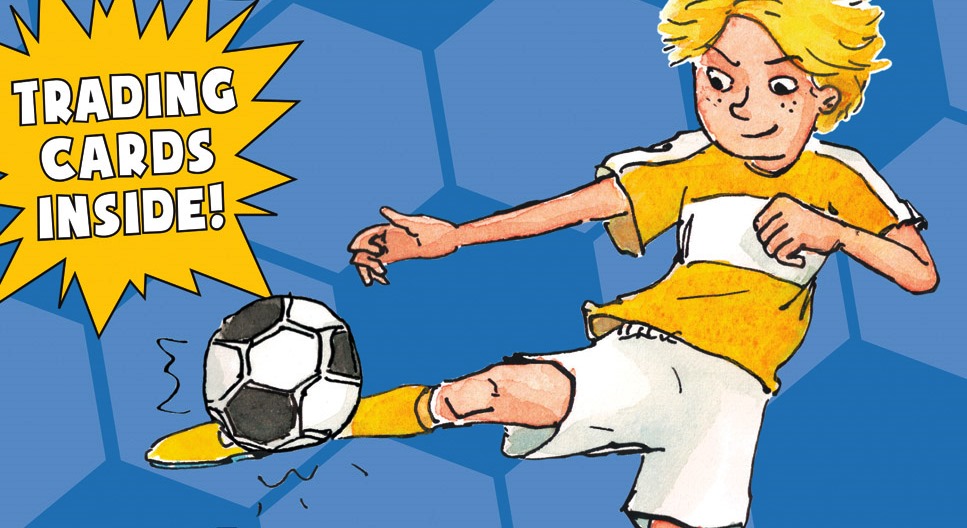 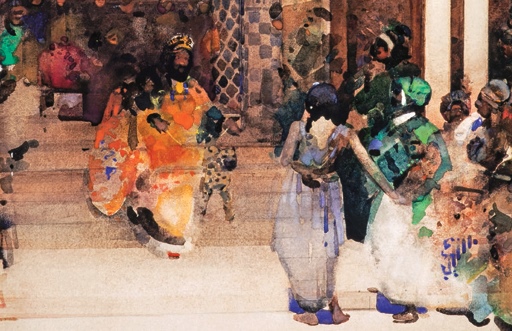