Q&A on Surfing with Jonathan Bennett

‘Whenever I caught a wave, the fear was replaced by absolute exhilaration’

Jonathan Bennett has travelled all over the world to ride the waves, and in this interview he situates Scotland firmly on the surfing map. He also reveals how he came to write Around The Coast In Eighty Waves, which saw him live in an old, unheated campervan for fourteen months, including the coldest winter for thirty years. 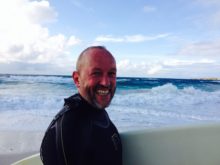 When did you first start surfing?

I started far too late, in my mid-thirties, by doing a couple of week-long surf courses in northern Spain, first in Bakio and then in Zarautz (both of which are fabulous). I then spent hours and hours in the water in Barcelona, where I was living at the time. The surf isn’t great there, and very sporadic and short-lived, but it was better than nothing. This was just at the start of the surf school boom, before surf schools were more ubiquitous than seaside rock. I really wish I had started earlier – though it’s also almost never too late (though it’s such a physical and steep learning curve that the later you leave it, the harder it gets).

How long has the book taken to complete?

The trip itself took 14 months, including three or four month-long interruptions for various reasons, and including a second trip up to the north coast of Scotland to catch a few places I had missed, and to avoid the summer crowds down south. Then it took about three years to write the first draft, in between writing other things.

Where was the best surf you found?

I was completely at the mercy of conditions, because I wanted to make my way round the coast more or less in sequence, rather than jumping around to catch places when they were going to be at their best. But I happened to be at exactly the right place a handful of times, on pretty much every coast line. I happened to stumble across fabulous waves at Thurso (Caithness), Bantham (Dorset), Freshwater West (Pembrokshire), Godrevy (Cornwall) and a little-named reef just north of Whitby (Yorkshire) – though you’ll have to read the book to find out where it is!

Which was the most challenging area you surfed in and why?

The Hebrides were fantastic, but very isolated, and I was surfing on my own most of the time. It’s not very advisable, but I had no choice, and the isolation added an extra frisson of excitement. Sandwood Bay is a challenge because it’s four miles from the nearest access point, so you have to drag your board, wetsuit, food and water over four miles of moorland. It’s worth it, though, for the feeling of surfing off the corner of Britain, and the waves were among the most powerful I came across. Apart from that, there are a handful of reefs around Britain (Thurso, Porthleven, the Gower) that are on the edge of my ability, and which filled me with fear and foreboding – though whenever I caught a wave, the fear was replaced by absolute exhilaration.

What was your motivation for undertaking this project?

I wanted to surf more, and I wanted something substantial to write about – I was in a bit of a rut trying to get TV scripts commissioned. I thought I could take a few months out, write a bestseller and return to mega-stardom.  I was way out on the timing. And on everything else, it turns out.

Have you got plans for another challenge?

I would love to do a similar project either in Europe, or Ireland, or just focusing on islands in Britain. At the moment, though, it’s enough of a challenge to get into the water, so my plans are currently on hold.

If you had the chance to surf anywhere in the world, where would you choose?

That’s a really tricky one! Indonesia or the Mentawais, probably. Or the South Pacific. But everywhere is so busy, and I’m not good at hustling for waves, so I would probably take a deserted Hebridean beach over most places.

What is your advice for those new to surfing?

Give up and go home, because it will ruin your life. And anyway, there are too many people in the water. You don’t want to add to their number, do you? Failing that, start young. Failing that, live by the sea and surf every day.

Most of all, do a course, preferably somewhere warm like Spain or Portugal. Having a decent instructor will save you a lot of time flailing around in the shallows (though you’ll still do a lot of that anyway). And more specifically, when you’re really just starting, make sure you’re far enough forward on your board. You always see learners trying to surf with their board at 45 degrees, and you’ll never catch a wave like that.

Around The Coast In Eighty Waves by Jonathan Bennett is out now published by Sandstone Press (PB, £8.99)

Writing on the Route 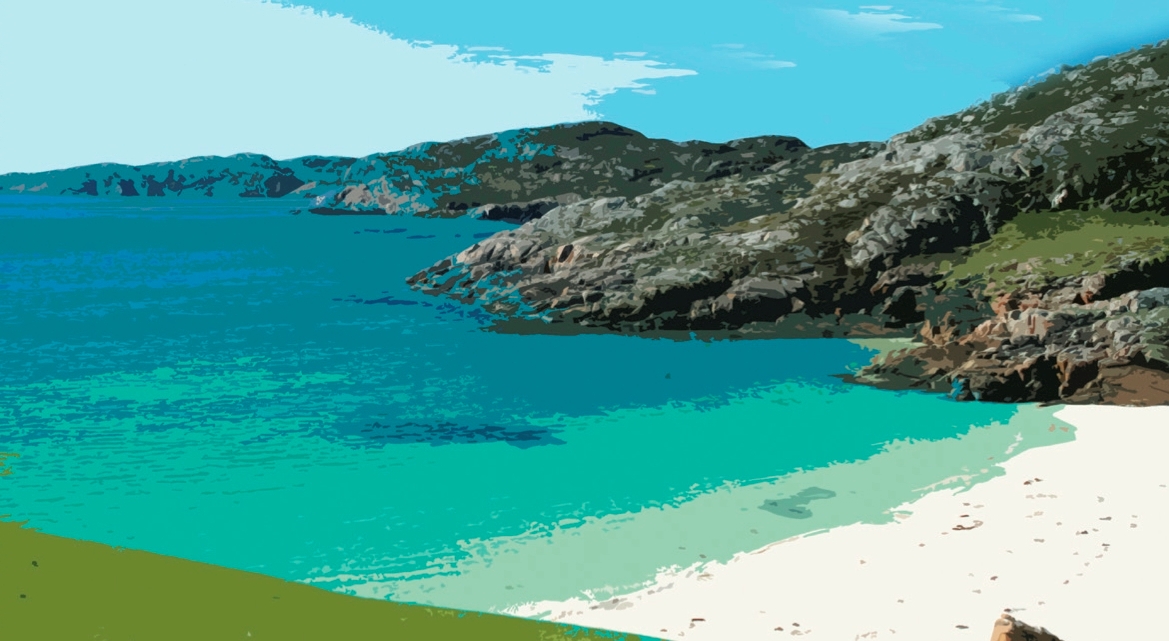