If I Could Tell You Just One Thing…

‘Good advice is like a nutrient-rich broth, made from boiling down the bones of life’

In this new book Richard Reed, the co-founder of the Innocent Drinks company, asks a host of remarkable household names – including Sir David Attenborough in this exclusive excerpt – to impart some of their hard-earned wisdom and insights into life.

When I was young my father often took me fell walking. We spent misty days climbing the gentle peaks of the Yorkshire Dales and Lakeland crags. Each trip a new route, a different summit to climb, always a bar of chocolate at the top.

I don’t remember him teaching me per se, but I inherited from him the rituals of the Great Outdoors: close the gate to keep the sheep in, walk at the edge of the field to protect the crops, stand aside for those coming uphill.

My favourite tradition was placing a stone on the cairns, the small pile of rocks that walkers create to help mark the way. A simple, easy practice, both altruistic and self-preserving in its aim: to help others find their path, knowing that the next time the lost fell walker could be you.

We benefited from those cairns ourselves many times, when the clouds came in and the path was unclear. And even on bright days, those cairns provided welcome reassurance, while more distant ones hinted at different paths still to explore.

Off the mountains, I’ve come to appreciate that sometimes a few words of advice can act as cairn stones in life; a wise sentence or two that get you back on course when you’re lost in the fog or stuck in boggy terrain, knowledge from a fellow traveller who can point out the best views of the safest route.

On at least three occasions a single piece of advice has changed my life. And over the years I’ve gained a deep appreciation of learning from people both wiser and more experienced than myself. So ten years ago I made a simple promise to myself: whenever I met someone remarkable, I’d ask them for their best piece of advice.

The result is this book.

If I Could Tell You Just One Thing . . . walks the full spectrum of human experiences and emotions, from those of Simon Cowell at one end to those of Lily Ebert, an Auschwitz survivor, at the other. In between, you’ll find the considered wisdom of presidents and popstars, entrepreneurs and artists, celebrities and survivors; from people who’ve made it and from others who have endured incredible hardships, from those who’ve climbed as high as you can go in life, and from people who’ve witnessed the worst of what humans can do to one another.

Good advice is like a nutrient-rich broth, made from boiling down the bones of life. And being fed so much of it, sourced from such remarkable people, has enriched my life and understanding of my fellow homosapiens immeasurably. If chosen well, a few words can capture and disseminate the main insights gained from someone’s hard years of experience, thereby allowing us all to benefit from them. That is certainly the aim of each of the encounters in the book.

Every person is someone I’ve met, either through running my own business, or from my subsequent varied career working in government, charities, the arts and the media. Some people featured are friends, some are people who generously agreed to be interviewed, and a few are unsuspecting folk I ambushed when fate put us in the same room at a party, a conference or, in one case, at a urinal.

When I ask people for their best piece of advice, I urge them to really think about what they consider to be most important. I put the exact same question to everyone: Given all that you have experienced, given all that you now know and given all that you have learnt, if you could pass on only one piece of advice, what would it be? There is something about asking people to stand behind just one nugget of wisdom that gets them to reflect harder, dig deeper and be more candid in their response. And it has led to some extraordinary answers. The material is diverse and wide ranging, and covers everything from achieving success to dealing with failure, from finding love to having better sex, from getting the best out of people to surviving abuse. There should be something in this collection that speaks to everyone.

Most people when asked for advice are happy to give it. This desire to help is a manifestation of the better part of human nature; it costs nothing, can be shared infinitely and will last indefinitely. And I hope that this is the first of several books. For there are countless remarkable people on the planet, and this first collection only captures the insights of a fraction of them. There are endless stories to be told and wisdom to be captured.

Over time I hope to help create a global commons of advice, a shared pool of wisdom that everyone can both contribute to and gain from. After all, as a species we are much more alike than we are different. And while everyone’s path through life is unique, we can all benefit from the knowledge of more experienced walkers ahead, who can tell us of the most beautiful things to see and guide us to the safer places to cross the river. 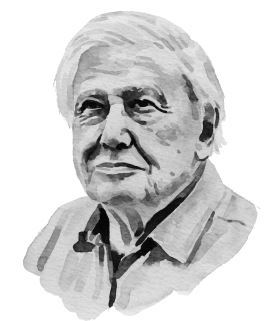 All I can hear are the sounds of nature. The air is filled with mysterious chirpings and squawks, exotic whistles, tocks and clicks. In quick succession, a Ghanaian Giant Squeaker Frog, a Madagascan Side-Necked Turtle and a Pakistani Snow Leopard dart past in front of me. Then a Papua New Guinea warrior in tribal headdress appears. Our eyes meet. He gives me a friendly smile and comes towards me, extending his hand in a traditional greeting. And I think, not bad for a Tuesday evening in West London.

Admittedly the sounds are recorded and the animals are on film, but the warrior is very much real and enjoying both his first trip to London and his first-ever gin and tonic. We’re at the Whitley Awards for Nature, an Oscar-lite awards ceremony for rising stars in the world of conservation. The venue is the Royal Geographical Society, an appropriate choice given the far-flung origins of tonight’s nominees, each of which has dedicated their life to defending their threatened native species. The Ghanaian chap protecting the Giant Squeaker Frogs has even learnt to mimic their mating call and does so loudly when collecting his prize. It makes for a memorable acceptance speech.

While the evening is shaped around celebrating these conservationists and their projects, the biggest draw of the night is guest of honour and the world’s most revered naturalist Sir David Attenborough. He’s dressed on-brand in a crumpled cream linen suit, looking for all the world like someone who has just come back from exotic travels, which of course he has. He’s at the event to support the conservationists and wants no limelight for himself. Like his documentary subjects, he seems more comfortable hiding in the long grass and remains in the audience, avoiding the stage.

To talk to him one-on-one, he is the charismatic yet humble man you would imagine him to be. He says he gives time to these awards every year, including narrating each of the conservation project’s films, because ‘local people with local knowledge and a vested interest’ do the best conservation work and ‘it’s more important than ever to support those who protect the planet’. It’s lost on no one that the room is full of people inspired to do just that because of the films Sir David has made. The effect is global: President Obama credits Sir David with awakening his fascination in the natural world as a boy and asked Sir David to the White House to pick his brains on conservation and fulfil a childhood ambition of getting to hang out with Nature’s commander-in-chief.
According to Sir David, the growing encroachment by man on our natural habitat and the ever-increasing demands we place on the environment has got progressively worse over his sixty years of film-making. And he’s clear-sighted about the fundamental driver of the issue: ‘there’s no major problem facing our planet that would not be easier to solve with fewer people’.

He also underlines the importance of appreciating what is around us: not just our natural history, although that is of course of fundamental importance, but also our art, other people too. He recommends what he calls an ‘explorer’s mentality’, delighting in and savouring all the richest of life as we journey through it. And while doing so heeds ‘it’s a good idea to create more than you consume’.

There’s also a boyish mischievousness about him. When I ask for his best piece of advice, he feigns ignorance and says he’s never been able to think of anything clever to say his whole life, and then winks. When I push a second time for his most valuable advice, he continues in the vein of what he has been saying about appreciating the miracle of what life on earth has to offer, and it fits exactly with the endless fascination he exhibits in every second of his films:

‘I have never met a child that is not fascinated by our natural world, the animal kingdom and the wonders within it. It is only as we get older that we sometimes lose that sense of wonderment. But I think we would all be better off if we kept it. So my advice is to never lose that, do what you can to always keep that sense of magic with our natural world alive.’

And no one does that better than Sir David.

If I Could Tell You Just One Thing… by Richard Reed is out now (HB, £15.99) published by Canongate Books

‘It must have been a shooting star. Or his imagination. Then the light appeared again’ 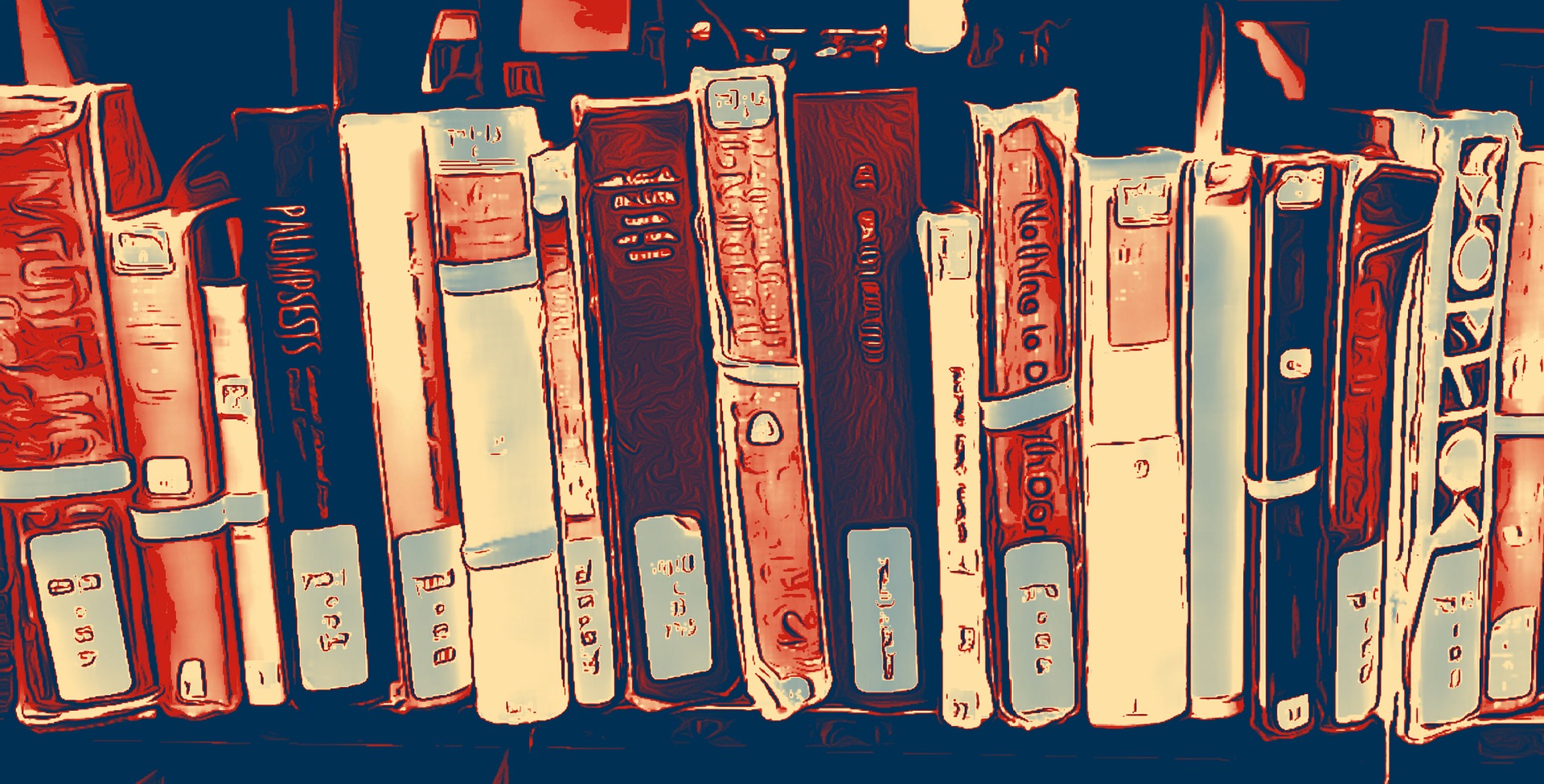 ‘A reminder of the sheer range of Scotland’s literary imagination’