Scots Who Left a Stain on American History

This book exposes the stories of Scots who were guilty of dastardly deeds after leaving Scotland for America. These emigrants were rogues, con artists, charlatans and reprobates of the worst order. In some cases they literally got away with murder. Lundy explores their crimes in detail as this excerpt, on the centrality of a Scot – James Thomson Callender – to the controversial US presidential election campaign of 1800, shows.

Between Daylight and Hell: Scots Who Left a Stain on American History
By Iain Lundy
Published by Whittles Publishing

The US election campaign of 1800 between President John Adams and Vice President Thomas Jefferson was to go down as the most malicious and poisonous in American history. These two luminaries who had helped the U.S. shake off her colonial shackles engaged in vitriolic personal attacks, dirty tricks and mud-slinging that would make the most hardened modern-day spin doctor blush. Far from behaving like statesmen, they traded insults like street urchins. It was a disrespectful and slanderous campaign and it brought nothing but shame on the new nation but naturally, the two protagonists let others do the dirty work.

Enter the Scot James Thomson Callender. Callender had left his native land under a cloud and carved out a career in America as a salacious journalist. His writing was undoubtedly powerful and eye-catching, although it was filled with personal invective, and he had developed a reputation as a muck-raking guttersnipe.

Under a variety of pen-names, Callender had been responsible for almost all the shocking anti-Adams propaganda. Every lie, every libel, every last hurtful insult that dripped from Callender’s quill was approved and financed by the great Thomas Jefferson – the man known as the Apostle of Democracy.

The election campaign was Callender’s most spectacular offensive. He enjoyed expressing his anger in print; he had been doing it all his life, and it was his way of earning a living. John Adams was only one victim of his pen; he also had the temerity to write disparagingly about the father of the nation, George Washington, another founding father Alexander Hamilton, and then without compunction, he turned the tables and directed his venom with devastating effect at his old friend Jefferson.

The Bill Clinton/Monica Lewinsky affair may have shocked the nation during the 1990s, but the scandal-mongering of James Callender uncovered the first two major sex scandals in United States history. Whatever criticisms can be levelled at Callender’s behaviour and the tenor of his writing, he achieved something no journalist has managed to do since – he single-handedly determined the outcome of a U.S. election and thereby altered the course of American history.

Callender’s reputation as a polemicist had caught the attention of Thomas Jefferson. The two men had met in Philadelphia and, with an election looming, Jefferson decided he wanted the Republican-minded journalist as his attack dog to maul Federalist rival John Adams. He cautiously provided financial support but tried to keep a discrete distance. 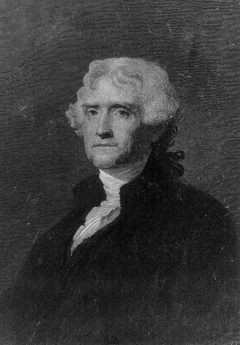 Thomas Jefferson from Library of Congress

In return for Jefferson’s patronage, Callender promised the future president ‘a tornado as no government ever got before, for there is in American history a specie of ignorance, absurdity and imbecility unknown to the annals of any other nation’. It was a dark warning of what lay ahead. Callender aimed to destroy the sitting president of the United States; little did Adams realise the character assassination he was about to endure. Callender was in the mood to repay Jefferson’s investment – and then some.

In early 1800 the ‘tornado’ that Callender had promised Jefferson arrived with the publication of his most famous pamphlet The Prospect Before Us. It was political dynamite; it savaged John Adams in a way no American politician had ever been attacked before or, arguably, since. Jefferson was sent a copy for his approval and remarked, ‘Such papers inform the thinking part of the nation’. The document contained 20 separate passages that were found to be libellous. A copy was sent to Adams when he and his family were at home in Massachusetts. What they read horrified them; they knew the election campaign had degenerated but not to this level.

Callender wrote that Adams, who had led the country since the 1797 election, was ‘mentally deranged’. If he was re-elected he would, said Callender ‘crown himself king’ of the United States and he was already grooming his son, John Quincy Adams, as his successor to the throne. Other examples of Callender’s venomous penmanship included:

He is not only a repulsive pedant, a gross hypocrite and an unprecedented oppressor but, in private life, one of the most egregious fools on the continent.

Future historians will enquire by what species of madness America submitted to accept, as her president, a person without abilities, and without virtues; a being alike incapable of attracting either tenderness, or esteem. 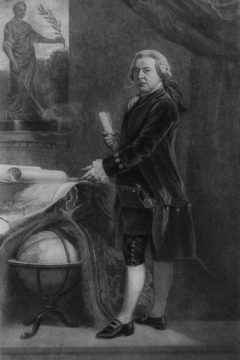 John Adams from Library of Congress

John Adams is a blind, bald, crippled, toothless man…who secretly wants to start a war with France while he is not busy importing mistresses from Europe.

Callender was charged with and found guilty of sedition, jailed for nine months and fined $200. However, Jefferson triumphed in the election, and his first act was to pardon and release Callender, although he could not have guessed at the turn of events that lay ahead. Callender’s demands for money or a government post, both refused by the new president, turned him against Jefferson.

Then on 1 September 1802 Callender’s paper, the Richmond Recorder, carried a ‘literary weapon of mass destruction against the President’. The newspaper report read: ‘It is well known that the man, whom it delighteth the people to honor, keeps and for many years has kept, as his concubine, one of his own slaves. Her name is SALLY. The name of her eldest son is TOM. …’ It added, ‘By this wench Sally, our president has several children…THE AFRICAN VENUS is said to officiate, as housekeeper, at Monticello’.

Yet again Callender had succeeded in finding his target by way of a scurrilous rumour. Jefferson had become the third serving U.S. president to be defamed in print by the Scot. 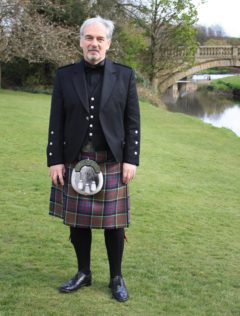 Finally it all backfired on Callender. Jefferson refused to dignify the allegation with a response, Virginia society closed ranks, and even Callender’s Federalist newspaper allies distanced themselves from him. Callender was jailed again in 1803 and ten days after he was released from jail, he was seen in a state of extreme intoxication in the streets of Richmond and the following day his body was recovered from the James River. Whether a drunken accident or suicide, it was a suitably melancholy end to a joyless life, and to a relatively short but bitter and tempestuous chapter in American political history.

Between Daylight and Hell: Scots Who Left a Stain on American History by Iain Lundy is out now published by Whittles Publishing priced £18.99

A stunningly illustrated Scots version of the traditional Christmas rhyme