The Pubs of Perth and Kinross

‘Although the King James Pub (formerly Christie’s Bar) is modern, there is a possibility that the remains of the medieval Blackfriars Monastery lie beneath it. If so, keep a weather eye open for a royal ghost, because that is where James I was assassinated in 1437.’

The good folks at Tippermuir Books specialise in books that celebrate the history, culture and places of Perthshire, and Trish Colton’s Perth & Kinross: A Pocket Miscellany is packed with the finest titbits for visitors and locals. And after all the sightseeing, you’ll want a nice to sit down with refreshing drink, so here we share the best pubs in the area as recommended in the miscellany. Bottoms up!

In the sixteenth century, travellers would have had to stop at the Balgedie Toll Tavern to pay the toll that was due. It is a much bigger building now than it was in 1534, the actual toll house having been incorporated into the present building.

In 1868, Dr Thomas Meikle founded the Strathearn Hydropathic Establishment at a cost of £30,000, specifically to practise the ‘science’ of hydropathy. This is a system of treating illness using water both internally and externally. It was invented in the 1820s by Vincent Priessnitz who had treated Dr Meikle in Austria.

Meikle was contemptuous of some of the treatments Priessnitz promoted, due to his own training as a proper medical doctor (which Priessnitz certainly wasn’t). This was an era when spa towns such as Cheltenham, Bath and Harrogate were flourishing in England; maybe the temptation to cash in on the craze was also a tempting factor.

Meikle’s establishment was built with the intention of attracting a well-heeled clientele and was an immediate success.

During the Second World War, Crieff Hydro was used to house Free Polish forces. These days, it operates as a popular spa hotel.

This 5-star hotel is a Victorian mansion 4 miles north of Dunblane. It used to be in Perthshire before boundary changes gave it to Stirlingshire. Originally built in 1874 as a family residence, the house burnt down four years later. The building which stands there now was constructed in 1880 and later operated as an hotel. It is now owned by the tennis player Andy Murray.

The hotel itself may not be that old, but records show that in the 1500s the Bishop of Dunblane sold the lands which constitute Cromlix to his brother.

Located in the heart of Glenshee, the original Dalmunzie Castle dated back to 1510 and stood on the south bank of the burn. By the eighteenth century, it had fallen into disrepair and in the nineteenth, Dr Charles Hills Macintosh, the 10th Laird of Dalmunzie, built a hunting lodge on the opposite bank, but retained the castle’s name. This is the building that became the present-day hotel.

Scotland’s oldest inn, the Kenmore Hotel, was built in 1572 and is located at the eastern end of Loch Tay, 6 miles west of Aberfeldy on the A827. The tiny modern village of Kenmore in which it is located is thought to stand on the site of an earlier medieval village, so it may be that the hotel is a surviving remnant of that era. The Earl of Breadalbane is responsible for building the lovely village you see today, constructed at some time after 1755. It might be surmised that his motivation was to provide homes for the villagers whose houses may well have been knocked down so that Taymouth Castle could be built. Moving whole villages to a more convenient location was not at all unusual on either side of the border at that time. In fact, it is what happened when Scone Palace was built too. 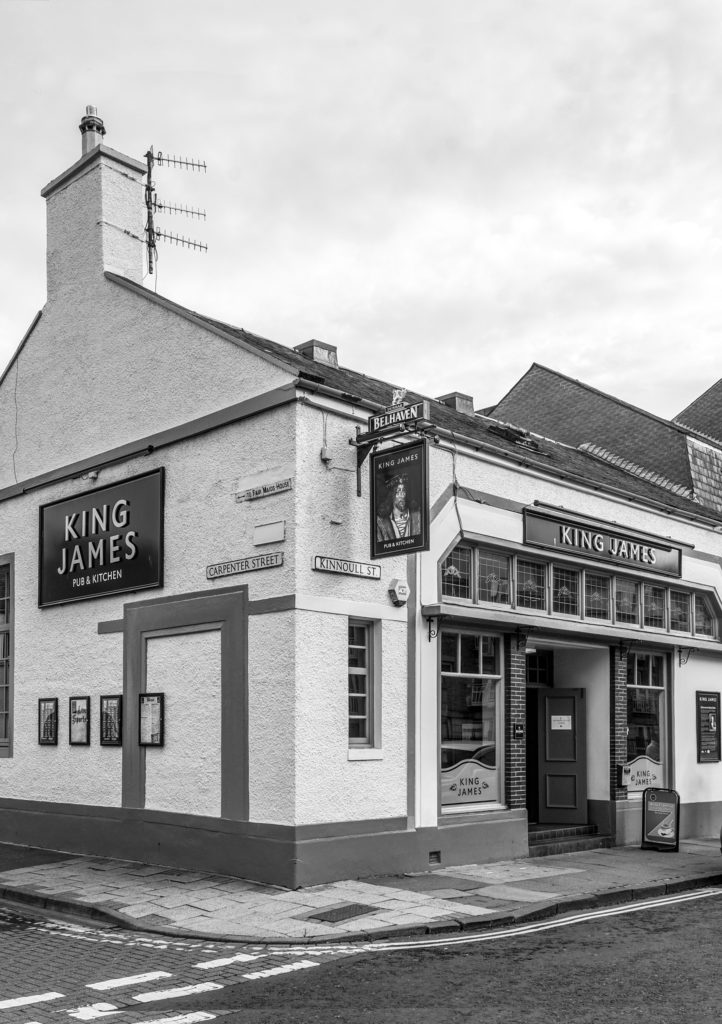 Although the King James Pub (formerly Christie’s Bar) is modern, there is a possibility that the remains of the medieval Blackfriars Monastery lie beneath it. If so, keep a weather eye open for a royal ghost, because that is where James I was assassinated in 1437.

The conservation village of Meikleour is home to this small country hotel and pub built in 1820. It is owned and run by Meikleour Estate, which remains a family business many centuries after it was founded by French settlers. The estate has been held by the same family for centuries, through various turbulent times on both sides of the Channel. Even today, the estate’s management has dual nationality.

This former fifteenth-century watermill maintains its connection to its origins in a lovely old stone building. There are glass portholes in the Mercure Hotel’s lounge bar, enabling you to watch the water which still trickles along the lade that powered the original water wheel.

Fifty years before the Jacobite Rising of 1745, the Moulin Inn was already up and running. There were two rooms on the ground floor, with two rooms above that and two further rooms on the floor above those. One of the upper rooms was used as a meeting place by the local elders, who dealt with neighbourhood squabbles and minor crimes. 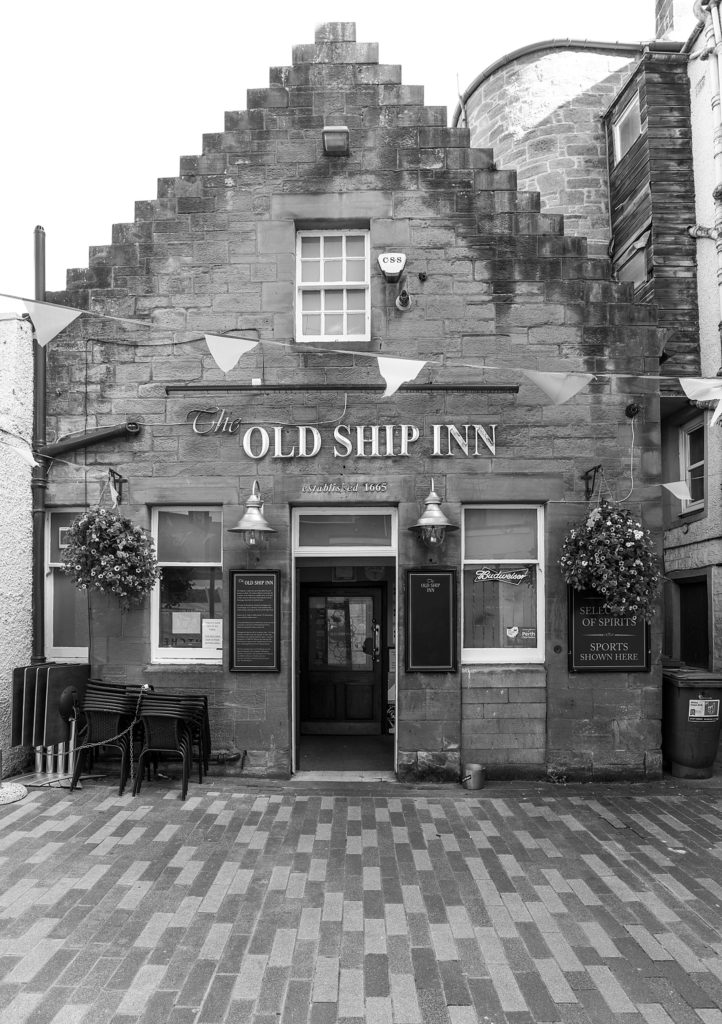 The Old Ship is the oldest pub in Perth; its name has remained unchanged throughout its history, according to records which date back to 1665. It is, however, thought that its existence goes back even further and that it provided a welcome haven for sailors as far back as medieval times.

The name was significant because at one time the harbour was just at the bottom of the road. So, sailors did not have far to stagger back to their ship after a drunken night in the pub.

Located on Atholl Street, in the ‘Gateway to the Highlands’ town, the Royal Dunkeld Hotel, a former coaching inn, was built at the beginning of the nineteenth century.

Built in 1863, this inn was intended to be patronised by travellers arriving at the nearby Struan Railway Station, which closed to both passengers and goods traffic on the 3rd of May 1965.

Kristian Kerr Reviews: My Name is Monster by Katie Hale

‘After everyone else was dead, I sat by a window for three days watching the glacier creak and break …