PART OF THE Coasts and Waters ISSUE

‘There is no question that Leith, for all its contemporary gentrification, is a port town that owes its very existence to ships and shipbuilding.’

The port of Leith, although still busy, was once Scotland’s gateway to Europe and home to many shipbuilding companies. Whittles Publishing have released the first book that documents the shipbuilding history of Leith, and here we share part of its introduction.

Extract taken from Leith-Built Ships, Volume 1: They Once Were Shipbuilders
By R. O. Neish
Published by Whittles Publishing 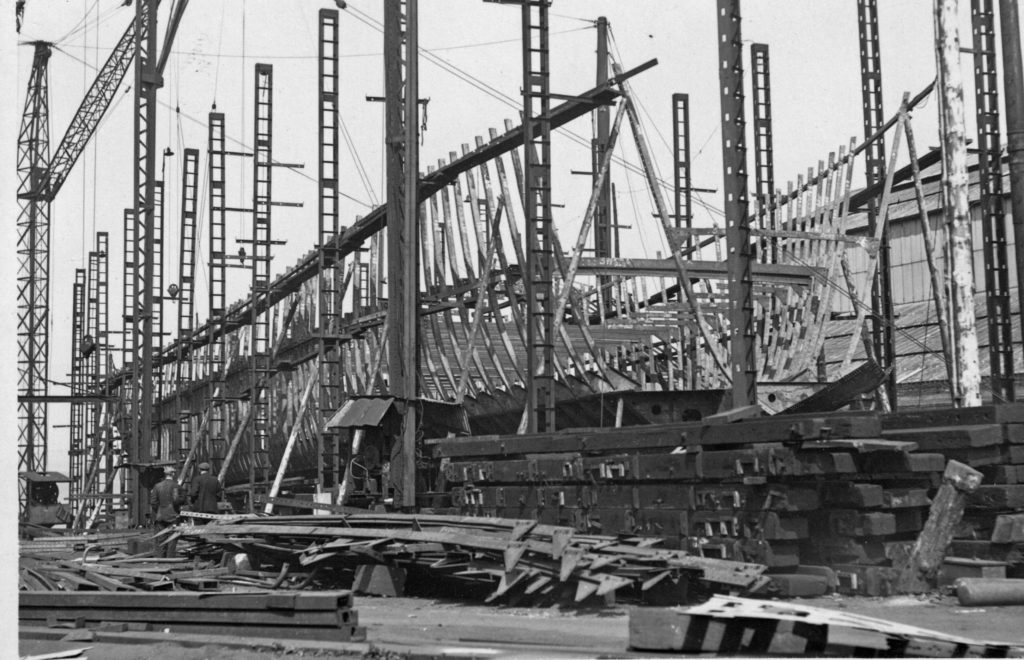 The Leith shipyards, so named for their base in the port of Leith, are the focus of this book, with particular reference to the history and ships originating from what would become the Henry Robb Shipyard. That story begins with the shipwright Thomas Morton, who started building ships at Leith in 1844. Morton was the man who had invented the patent slip, a means of raising ships from the water to the land on an even keel, thus enabling the vessel to be worked on without the expensive need to dry dock it.

Thirty years later, in 1877, the company of Ramage & Ferguson Shipbuilders and Engineers was established; and after that, at the west pier of Leith Docks, was the shipyard of Cran & Somerville, which built ships from around 1880 until taken over by Henry Robb in 1927. The next shipyard on the scene was that of Hawthorns & Co., which started on the banks of the Water of Leith prior to moving down to Shipbuilders’ Row on the foreshore of Leith. Hawthorns took over the Morton shipyard in 1912 and continued until 1924, when it went into voluntary liquidation and was then taken over by Henry Robb.  This acquisition gave the fledgling shipbuilders of Henry Robb access to three slipways, and meant that it could now launch ships directly into the sea. All three of the above-mentioned shipyards, including the assimilated Morton’s Yard, were to be incorporated into the firm of Henry Robb, ultimately to become Henry Robb Shipbuilders & Engineers Ltd. 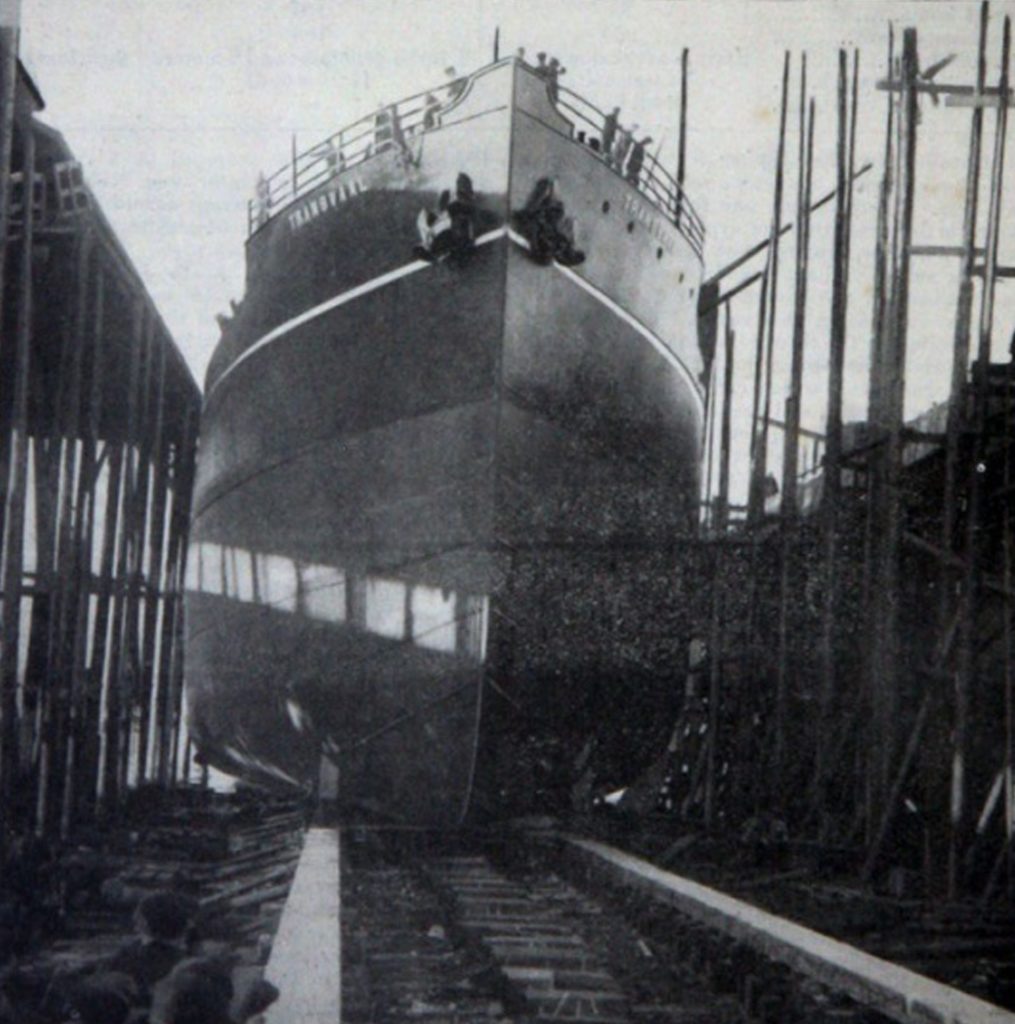 Some very fine vessels were built in the 130-plus years that this history covers: from the great days of sail, to the wonderful steam yachts, to the steamships of iron and steel. In the days prior to 1850, Leith was a place that had a lot more in common with Glasgow than it ever had with Edinburgh, with which it was connected by a rough track called Leith Walk. Leith was an independent burgh until the mid-1920s when it was assimilated into the growing city of Edinburgh. Back then, the town of Leith was a rough, dirty place, and times were hard, just as they were in most of Scotland. The majority of Leithers were living in slum conditions and some of the slums were not demolished until the 1960s.

With a population of approximately 30,500, Leith was a growing town in the mid-18th century, but it had none of the infrastructure required to sustain its growth – by 1880 the population had almost doubled, to around 55,000. The huge families were due more to a survival instinct rather than a lack of television or birth control. The infant mortality rate was drastic and to ensure some of them would survive required many children. Life expectancy was short throughout Scotland and 42 was a decent age.

The man of the house had to have gainful employment and a Leither would invariably be connected in some way with ships or shipbuilding. Any decline in the industry would result in him moving or emigrating to find work. For those lucky enough to be indentured as an apprentice, it was a very tough life. After a five-year apprenticeship, he would have joined one of the trade bodies, not the same as today’s trade unions, but more like a benevolent society of men who looked after each other, there being no other form of support for anyone who fell sick or became injured in this dangerous industry. When an apprentice qualified as a journeyman he became a freeman of his incorporation. On paying his dues, he would then be entitled to a small pension should he fall sick or meet with a bad accident.

The chances of falling sick at this time were high and any available hospital care was rudimentary. Being a port, many strange diseases were brought in by visiting ships, and insanitary conditions meant it was a dangerous place to work or live. There was slow improvement at the turn of the century, when Leith Hospital and the Northern Leith Hospital were running. Poor sailors (which was the majority) relied upon the Seaman’s Mission; this is now an upmarket hotel on the shore at Leith.

Schools were also being constructed, and a nautical college was opened in 1903; the first in Scotland for training sailors and officers. 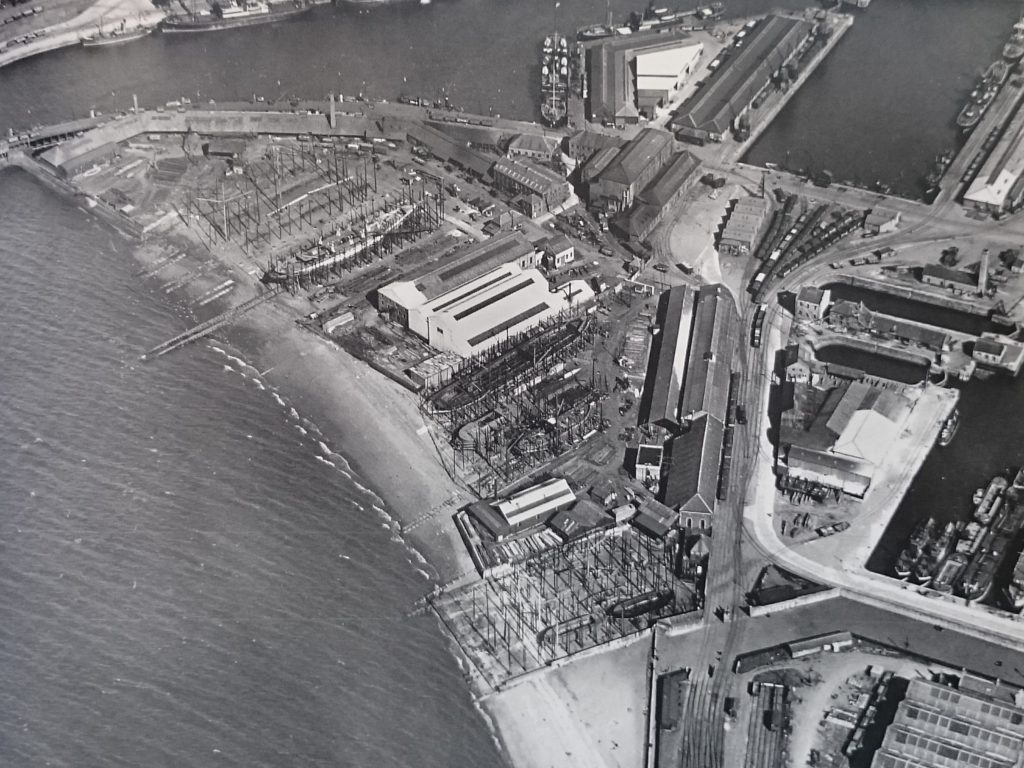 The Water of Leith was a much-polluted river having passed through Edinburgh which was also a smelly, dirty place for the most part. The situation started to change as more and more piped water reached the good citizens of Leith. As ever, the best way to deal with adversity is with humour and a sense of belonging, and this contributed to a community spirit which could not be broken or downtrodden; many Leithers retain a strong sense of community identity to the present day. There is no question that Leith, for all its contemporary gentrification, is a port town that owes its very existence to ships and shipbuilding.

Leith-Built Ships, Volume 1: They Once Were Shipbuilders by R. O. Neish is published by Whittles Publishing, priced £16.99

The Book According to … T F Muir

‘But I persisted, and together we managed to find a believable way to hide a body in a whisky cask. …

‘The Scottish coastline remains one of the most magical, unspoiled places in the world for relaxatio …