Self-Portrait: The Eyes Within

‘The life of William George Mitchell has been a richly lived and full affair.’

William Mitchell was a sculptor, artist and designer, known best for his large scale murals and public art pieces in the 1960s and 1970s. Whittles Publishing have released a fully-illustrated autobiographcal study of his life and work, excellent reading for those interested in mid-century architecture and design.

Self-Portrait: The Eyes Within
By William Mitchell
Published by Whittles Publishing

In Bill’s own words, ‘This book describes a few events in my early life and then concentrates on my attempts to produce art over the past 50 years’. It actually contains a vast array of illustrations of Bill’s work and in so doing reveals the man – a true creative genius, who invariably had a smile or comic story to offer, and whose energy carried projects to completion despite the many challenges. It’s a brilliant and inspiring story.

He worked with famous architects of the day such as Basil Spence and Sir Freddie Gibberd who designed the Liverpool Metropolitan Cathedral of Christ the King where Bill created the famous bronze sculpted doors and designed the Portland Stone frontispiece. 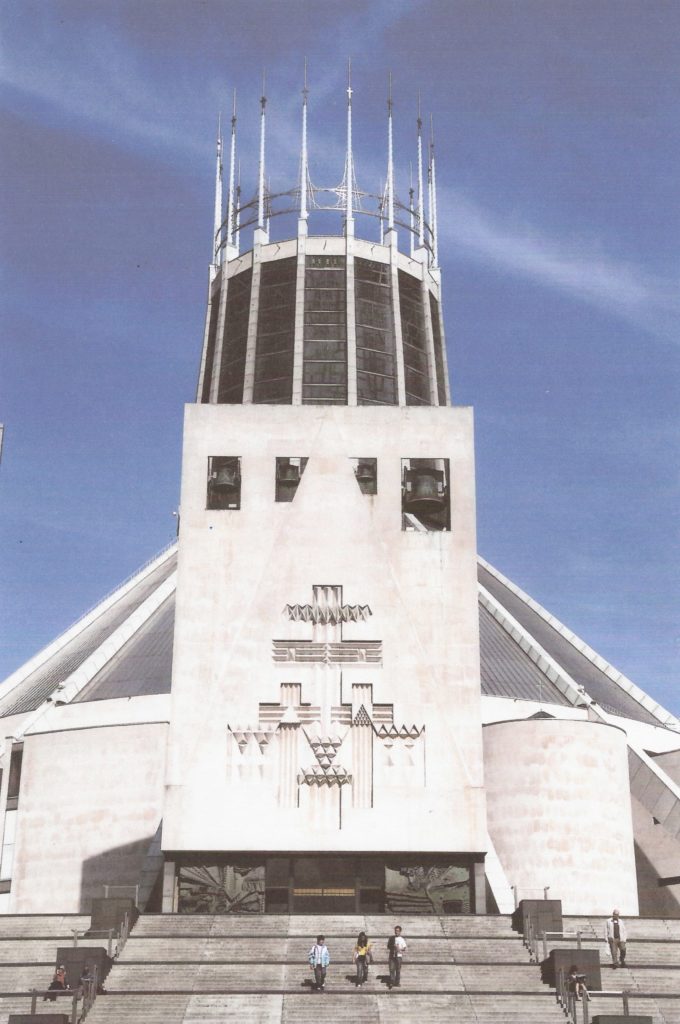 The façade of Liverpool Metropolitan Cathedral of Christ the King showing Bill’s design carved in stone, a symbolic representation of the crucifixion, three crowns and three crosses. The largest represents Christ and the smaller ones on either side the thieves. Beneath are the doors created by Bill, 12 feet square, and made of bronze-finished glass fibre. Huge cranes were required to lift all these components into place. Below is the left-hand door, with winged lion and eagle detail. The image from the front cover is part of the right-hand door. 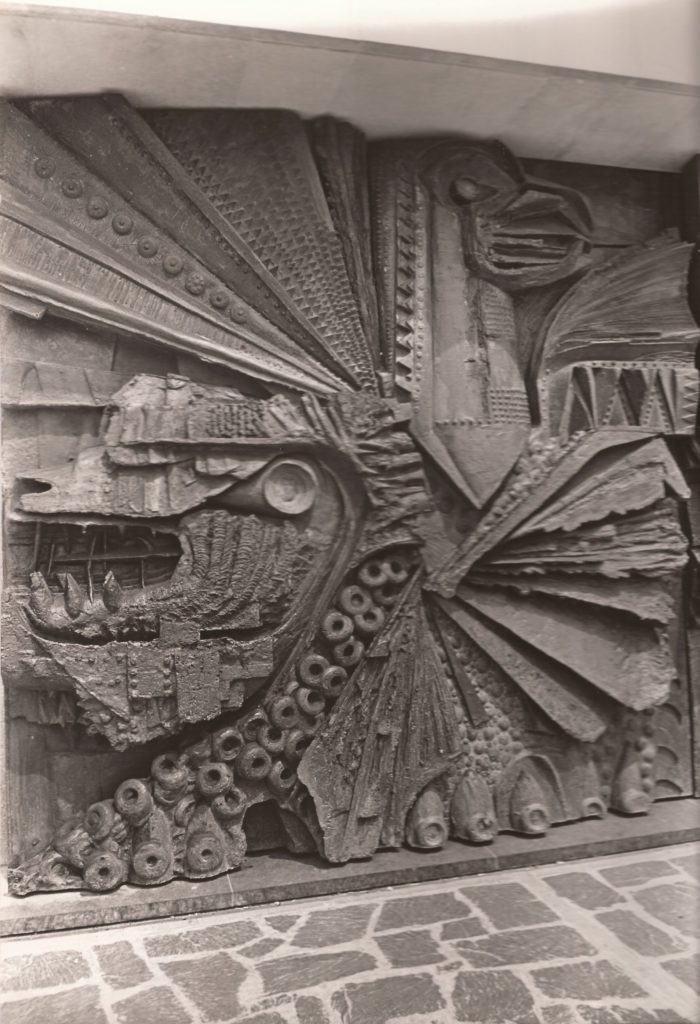 He also produced the Stations of the Cross at Clifton Cathedral, Bristol and the Grade II listed Corn King and Spring Queen figures at Wexham, which are ‘pieces of powerful and bizarre imagination’. 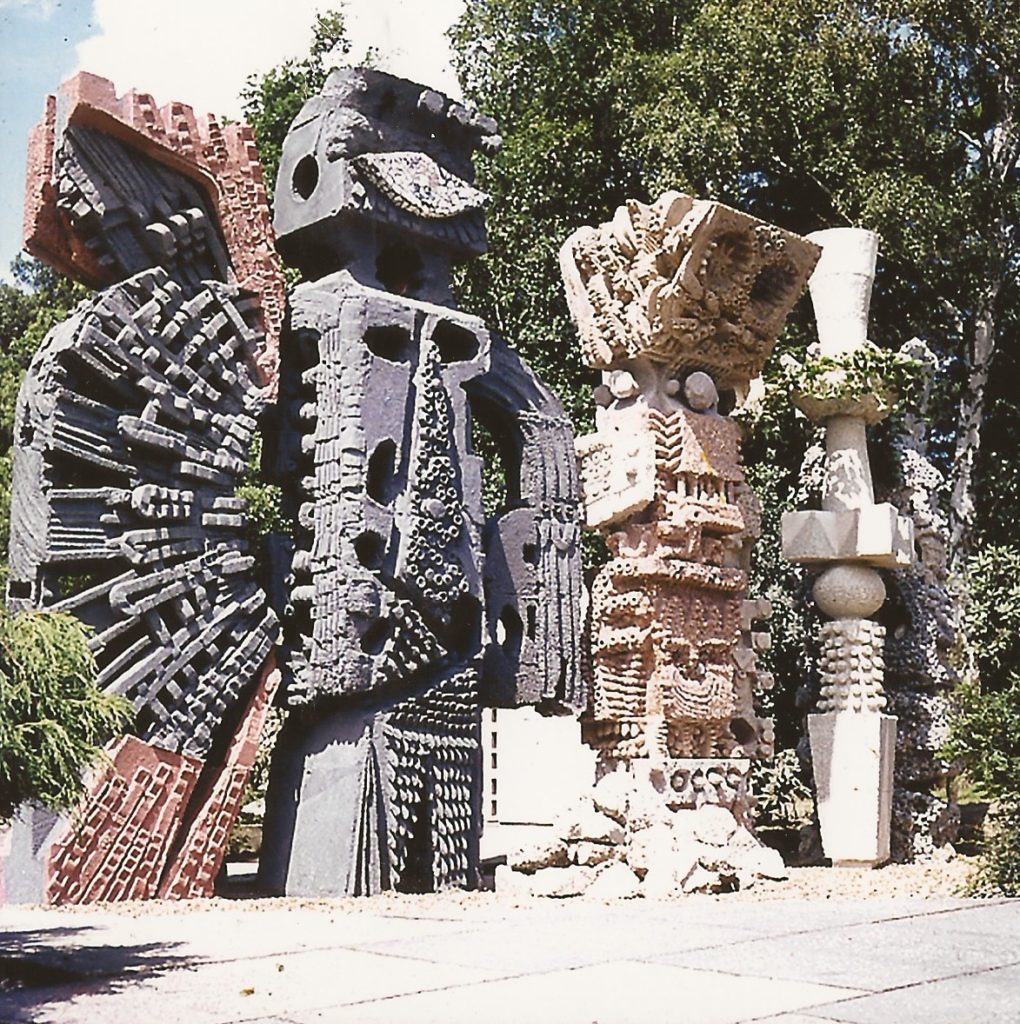 The Corn King and Spring Queen – fertility ceremony in concrete. Daring works of art for their time, even in the 1960s. The figures were made in stages and different finishes applied, including the incorporation of mosaics, tiles and coloured glass.

He has had a total of nine works of art listed Grade II by English Heritage including the Corn King – more than any other artist.

He worked internationally, from a zoo in Qatar that was visited by the Queen, to the Egyptian hall and Staircase at Harrods in London – a truly remarkable piece of design when Bill was 75! 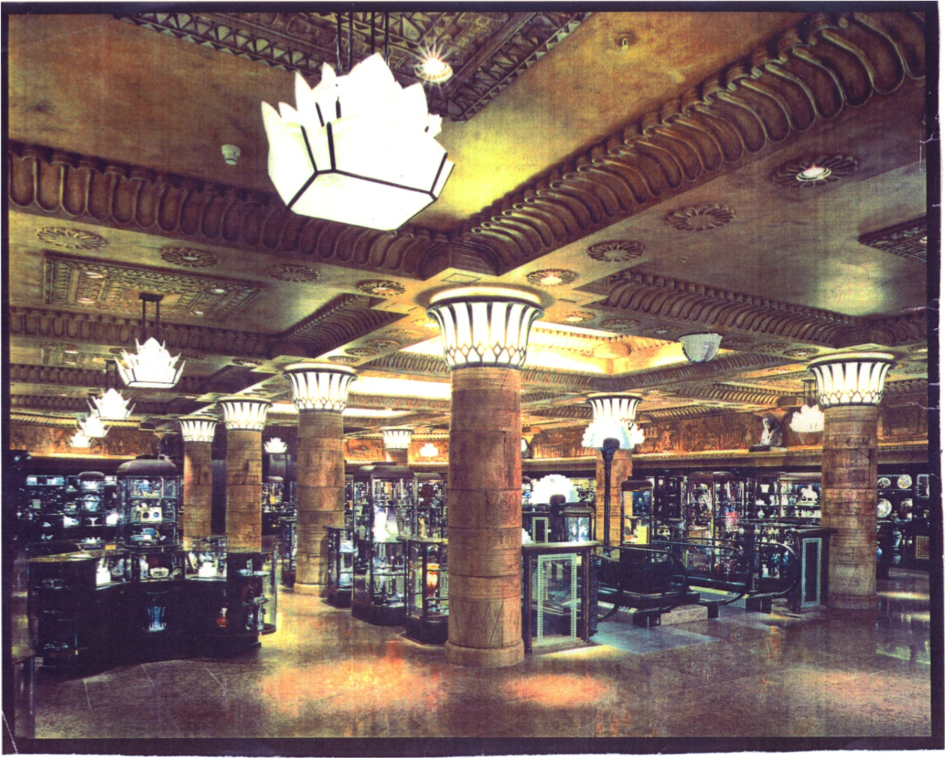 The Egyptian Hall at Harrods, also a listed building, which was created for the visit of the former president of Egypt, Hosni Mubarak. For this and the Egyptian Staircase Bill drew inspiration from the British Museum and he designed lights in the style of ancient Egyptian fans. 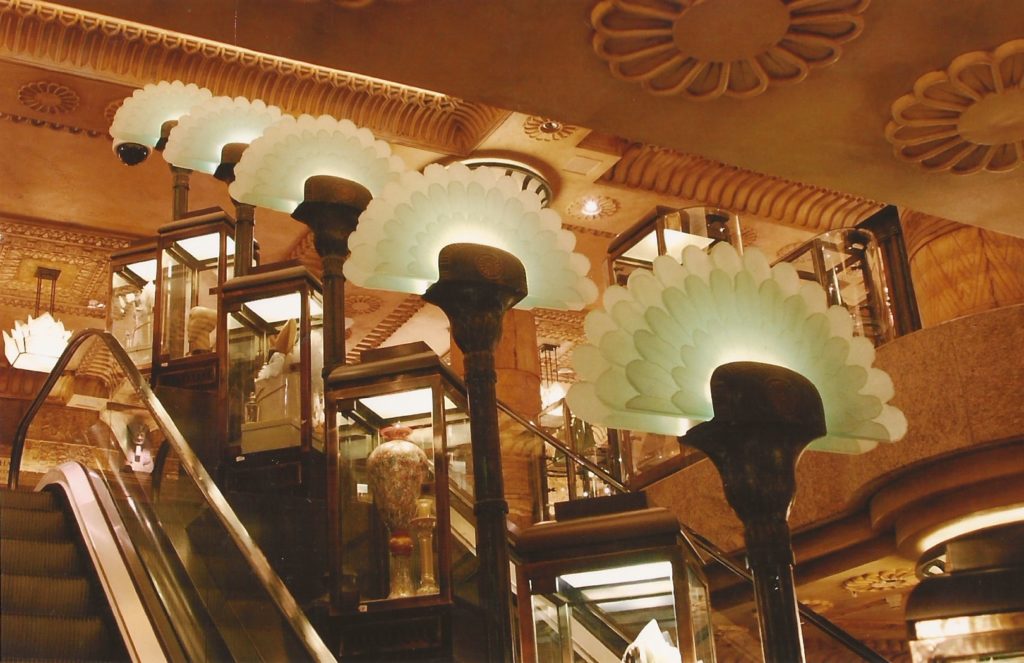 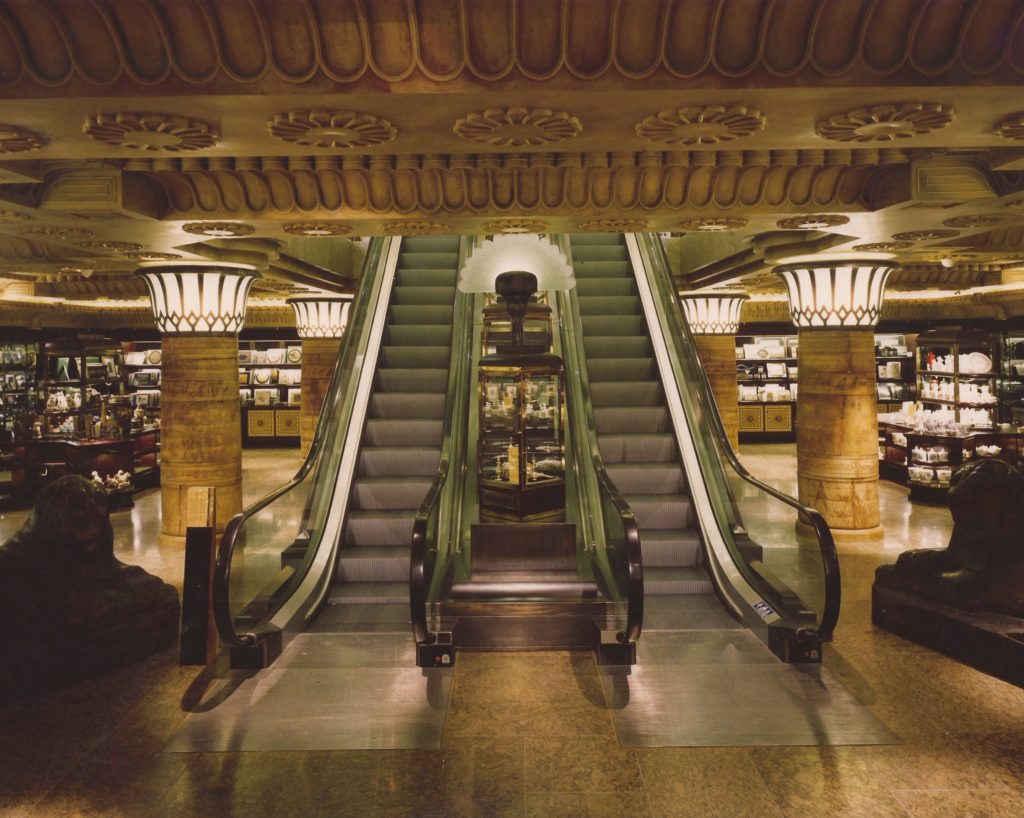 In Honolulu he was invited to design and construct  a façade in the downtown civic square. He involved local schools and it was all brought to life by Bill’s boundless imagination and technical skill and experimentation. 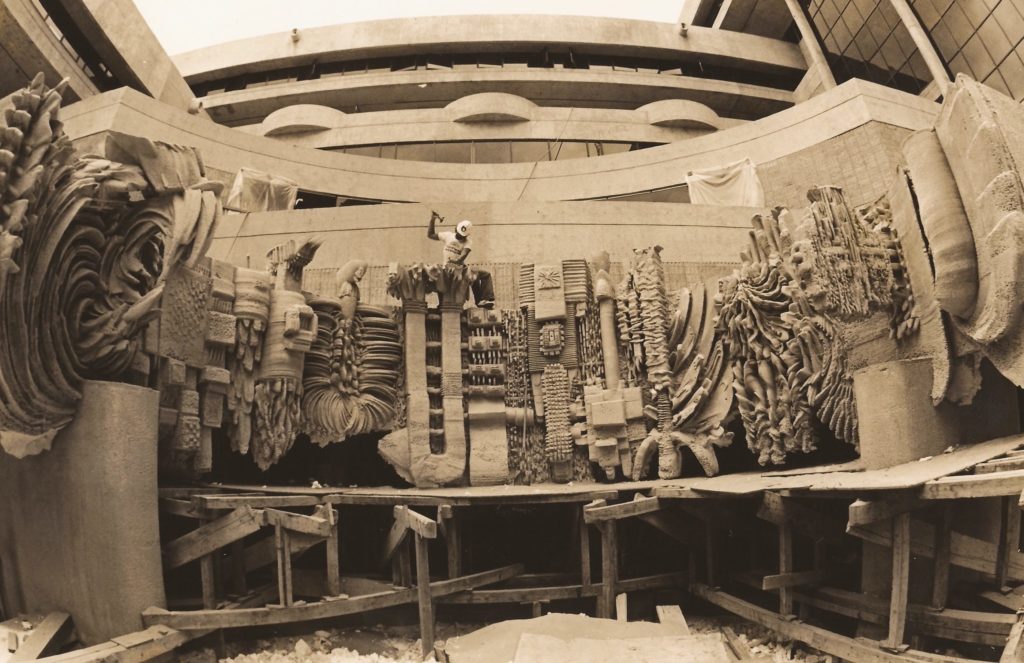 ‘…the life of William George Mitchell has been a richly lived and full affair. …it offers not only an insight into the workings of one of this country’s least known, yet most prolific and gifted of sculptors, but also allows for a timely and welcome opportunity to reassess his astonishing body of work. …this absorbing book…  The range of materials, styles, processes and techniques that he developed (and in many cases invented) to enable him to give expression to his vision, combined with a keen eye for pattern and form, resulted in some of the most distinctive works of the period. …this excellent book can only add to the growing clamour for his much deserved and belated recognition’. The Modernist

Self-Portrait: The Eyes Within by William Mitchell is published by Whittles Publishing, priced £25.99.

‘Every life has its kernel, its hub, its epicentre, from which everything flows out, to which everyt …

‘Here is a story of survival and violence, of hounding and pursuit, of living outside the margins.’