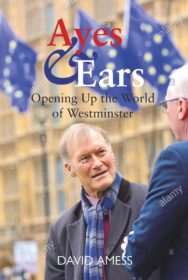 Ayes & Ears: Opening Up the World of Westminster

I kept asking myself, how could someone like me, born into relative poverty and with no great political helping-hand, become a Conservative Member of Parliament… I was undoubtedly in awe of – and quite possibly overwhelmed by – the high esteem in which I held the Palace of Westminster and elected politicians. Decades later my feelings at being re-elected as an MP for the ninth time could not have been more different.

David Amess has been at the heart of British politics for over 37 years. He has witnessed unprecedented changes in technology, the economy, parliamentary procedure, the state of the Union and the European Union. In Ayes & Ears he reviews the major scandals and events of this time and reveals the inner workings of Britain’s most important institution. David opens up the world of Westminster for us to explore, to wonder at the historic traditions and to examine the myriad changes which have taken place over the last few decades. 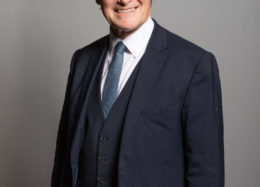 Sir David Amess has been a Conservative MP since 1983, firstly for Basildon then Southend West. He is actively involved with legislation involving animal welfare and up until the collapse of the ‘Red Wall’ in the December 2019 general election was one of the very few working-class Tory MPs in the House of Commons.