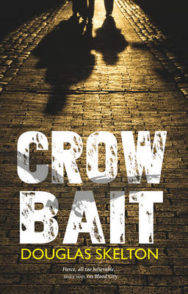 They’ll all be crow bait by the time I’m finished…Jail was hell for Davie McCall. Ten years down the line, freedom’s no picnic either. It’s 1990, there are new kings in the West of Scotland underworld, and Glasgow is awash with drugs. Davie can handle himself. What he can’t handle is the memory of his mother’s death at the hand of his sadistic father. Or the darkness his father implanted deep in his own psyche. Or the nightmares…Now his father is back in town and after blood, ready to waste anyone who stops him hacking out a piece of the action. There are people in his way. And Davie is one of them. PRAISE for Blood City The city’s dark underbelly complete with knives, razors, guns and gangs…DAILY MAIL You follow the plot like an eager dog, nose turning this way and that, not catching every single clue but quivering as you lunge towards a blood-splattered denouement. DAILY EXPRESS The Glasgow of this period is a great, gritty setting for a crime story, and Skelton’s non-fiction work stands him in good stead…he’s taken well to fiction…the unexpected twists keep coming. THE HERALD

DOUGLAS SKELTON is an established true crime author, penning eleven books including Glasgow’s Black Heart, Frightener and Dark Heart. He has appeared on a variety of documentaries and news programmes as an expert on Glasgow crime, most recently on STV’s In Search of Bible John. His 2005 book Indian Peter was later adapted for a BBC Scotland radio documentary which he presented. Blood City was his first foray into fiction.