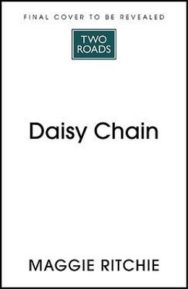 Home > Fiction from Scotland > Daisy Chain: a novel of The Glasgow Girls

Daisy Chain: a novel of The Glasgow Girls

Lily Crawford and Jeanie Taylor, from very different backgrounds, are firm friends from their childhoods in Kirkcudbright. They share their ambitions for their futures, Lily to be an artist, Jeanie to be a dancer.The two women’s eventful lives are intertwined. The girls lose touch when Jeanie flees domestic abuse and joins a dance company, while Lily attends The Mack, Glasgow’s famous school of art designed by Charles Rennie Mackintosh. A chance meeting brings them back together and they discover a city at the height of its wealth and power as the Second City of the Empire – and a city of poverty and overcrowding.Lily’s intense love affair with fellow artist Jack Petrie is shattered by World War I. She is broken hearted when she learns of his death at the front. Grieving, she marries urban missionary Hugh Anderson, who works with the city’s desperate poor, and moves to China with him.The glamour and dissolution of 1920s Shanghai mirrors the vibrant city they have left behind. Hugh loses his battle against his personal demons, putting Lily in peril. Her only hope of survival lies in her old friend Jeanie, as the two women turn to desperate measures to free Lily from her husband’s tyranny.Inspired by the eventful and colourful lives of the pioneering women artists The Glasgow Girls, Daisy Chain is a story of independence, resilience and female friendship, set against the turbulent background of the early years of the 20th Century.

Maggie Ritchie’s novel, Looking for Evelyn, was shortlisted for the Wilbur Smith Adventure Writing Prize for Best Published Novel of 2018. Her debut novel, Paris Kiss (2015), won the Curtis Brown Prize, was runner up for the Sceptre Prize and longlisted for the Mslexia First Novel Competition. The German edition has appeared on bestseller charts. She travelled to Shanghai on a Society of Authors’ grant to research Daisy Chain, her latest novel. Maggie graduated with Distinction from the University of Glasgow’s MLitt in Creative Writing. A journalist, she lives in Scotland with her husband and son.