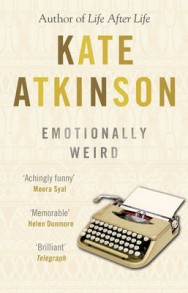 On a peat and heather island off the west coast of Scotland, Effie and her mother Nora take refuge in the large mouldering house of their ancestors and tell each other stories.Nora, at first, recounts nothing that Effie really wants to hear, like who her father was – variously Jimmy, Jack, or Ernie. Effie tells of her life at college in Dundee, the land of cakes and William Wallace, where she lives in a lethargic relationship with Bob, a student who never goes to lectures, seldom gets out of bed, and to whom the Klingons are as real as the French and the Germans (more real than the Luxemburgers).But strange things are happening. Why is Effie being followed?Is someone killing the old people? And where is the mysterious yellow dog?