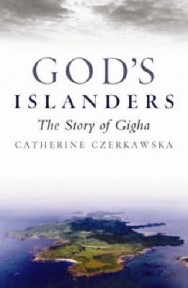 God’s Islanders: The Story of Gigha

The island of Gigha lies just off Tayinloan on the Kintyre peninsula and is the most southerly of the true Hebridean islands. The name Gigha is thought to have come from the Norse, and may mean ‘God’s Island’, ‘The Good Isle’ or, more probably and prosaically, ‘The Place of the Good Harbour’. Gigha has an astonishing twenty-five miles of coastline and a great number of small, sheltered harbours. This is the story of the people of Gigha, based on an examination of changing settlement patterns on the island from prehistoric times to the present day. Analysing the written and recorded history in conjunction with the oral and popular traditions of the island, Catherine Czerkawska provides an in-depth account of clan ownership of the island and changing allegiances up to the nineteenth and twentieth centuries. Her study carries through to the present day, examining the relationship between a contemporary community which is struggling to become viable once again, and its own rich past.”The Story of Gigha” is the story of this part of Scotland, in miniature, and God’s Islanders’ exploration of the history of its people is also an examination of much wider issues, trends and challenges affecting the whole area.

Catherine Czerkawska was born in Yorkshire of Polish, Irish and English parentage. She moved to Scotland as a teenager and read Medieval Studies at Edinburgh University and then did a postgraduate degree in Folk Life Studies at Leeds. Her first solo poetry collection, A Book of Men, won a Scottish Arts Council New Writing Award. She taught in Finland and Poland, then moved to Ayrshire and married sculptor Alan Lees. Catherine writes for radio, stage and television, and has also written a novel called The Golden Apple. Her novel The Curiosity Cabinet was published by Polygon in 2005 and was shortlisted for the Dundee Book Prize.