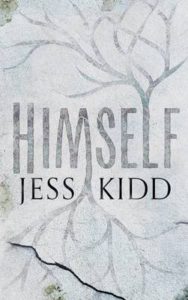 Home > Fiction from Scotland > Himself

A BBC Radio 2 Book Club Choice Shortlisted for the Irish Book Awards 2016Shortlisted for the Authors’ Club Best First Novel Award 2017Longlisted for the John Creasey (New Blood) Dagger 2017When Mahony returns to Mulderrig, a speck of a place on Ireland’s west coast, he brings only a photograph of his long-lost mother and a determination to do battle with the lies of his past.No one – living or dead – will tell Mahony what happened to the teenage mother who abandoned him as a baby, despite his certainty that more than one of the villagers knows the sinister truth.Between Mulderrig’s sly priest, its pitiless nurse and the caustic elderly actress throwing herself into her final village play, this beautiful and darkly comic debut novel creates an unforgettable world of mystery, bloody violence and buried secrets.

Diabolical deeds, ferociously kept secrets, black humour and magical realism abound in Jess Kidd's richly textured, thronging debut . . . Kidd has imagination to die for and a real command of plot and character * * Guardian * * Very funny, very profound, very moving . . . One of the finest books of the year — SIMON MAYO Kidd's brilliantly bold debut mixes up murder and mayhem with the eerily supernatural. It's a tender, violent and funny story told in prose that is lyrical, lush and hugely imaginative. Utterly unputdownable * * Sunday Express Magazine * * I love this book. It's a magic realist murder mystery set in rural Ireland, in which the dead play as important a part as the living. It's one of those books that has you smiling as you read, and that you plan to read again very soon. — LOUIS DE BERNIERES, author of Captain Corelli's Mandolin This striking literary debut is a darkly comic tale of murder, intrigue, haunting and illegitimacy . . . wickedly funny * * Daily Express * * Wonderfully entertaining . . . the ghosts are not the main attraction in this delightful first novel; it is also a detective story, in which Mahony and Mrs C make an unlikely Holmes and Watson * * The Times * * An intriguing story of family secrets and haunting — ANDREW MICHAEL HURLEY, author of The Loney In lyrical prose that is by turns touchingly tender and violent, Kidd's brilliantly bold debut mixes murder and mayhem with the eerily supernatural, and throws in a dash of laugh-out-loud humour for good measure * * Psychologies * * Himself is a sort of Under Milk Wood meets The Third Policeman meets Agatha Christie. It's a highly unusual tale set in a highly unusual Irish village full of dark secrets and engaging characters (not all of them still alive). Lushly imagined, delightfully original and very, very funny, it hurtles along from the very first page. A hugely enjoyable read. I can't wait for more from Jess Kidd — ML STEDMAN, author of The Light Between Oceans A rollicking tale of a hero's return . . . breaking down the barriers between mystery story and comedy of manners, mixing magical realism and crime fiction * * Guardian * * Jess Kidd's debut novel is, varyingly, genuinely creepy, funny, warm, wryly real, smart and compelling. She tells a cracking story with bags of style, a great cast of characters and seemingly effortless ability . . . One of my favourite reads of the year — Rick O'Shea Jess Kidd is a genius. Her prose sparkles with wit, savagery and startling originality. I loved it — TASHA KAVANAGH, author of Things We Have In Common Page-turning and memorable . . . An exuberant rollercoaster of a read . . . My debut of the year * * Irish Examiner * * Combines magical realism and supernatural elements with a good oldfashioned murder mystery, accomplished lyricism, and no little humour * * Radio Times * * Eerie . . . Deliciously chilling — Stuart Kelly * * Scotland on Sunday * * Beautiful, haunting and veined with wicked wit, Himself is a mystery you want to tear through, written in prose you want to savour — SIMON WROE, author of Chop Chop A fireworks display of a debut novel, sometimes creepy, dreamlike and hilarious * * Irish Independent * * An imaginative setting and richly drawn central characters * * Irish Times * * A genuinely intriguing mystery, with moments of real tenderness . . . otherworldly and wonderfully original * * Stylist * * A dark new voice in Irish Fiction . . . Jess Kidd draws on her Irish heritage to create a page-turner that will have you gripped from start to finish * * Irish Post * * Mesmerising . . . One of the debut novels of the year . . . ferocious and funny * * iNews * * Himself is an imaginative, witty study of small communities and their secrets * * Financial Times * * The most alluring new fiction has an Irish bent * * Vogue * * Supernaturally skillful debut. Irish eyes are glowing * * Vanity Fair * *

Jess Kidd completed her first degree in Literature with The Open University, and has since taught creative writing and gained a PhD in Creative Writing Studies. She has also worked as a support worker specialising in acquired brain injury. In 2016, Jess won the Costa Short Story Award for Dirty Little Fishes and her debut novel Himself was selected for the BBC Radio 2 Book Club and shortlisted for the Irish Book Awards. In 2017, Himself was shortlisted for the Authors’ Club Best First Novel Award and longlisted for the CWA John Creasey (New Blood) Dagger.Jess was brought up in London as part of a large family from Mayo, and plans to settle somewhere along the west coast of Ireland in the next few years. Until then, she lives in London with her daughter.